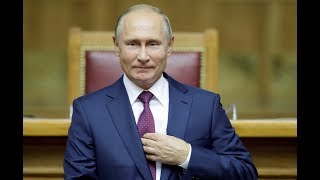 "This new Cold War [is] more dangerous than the preceding Cold War," Professor Stephen Cohen tells Truthdig Editor in Chief Robert Scheer in the latest installment of "Scheer Intelligence." Cohen, a professor emeritus of Russian studies at Princeton University and New York University, has a new book out that addresses the possibility of a U.S.-Russia armed conflict in the near future. Part of the current rejection of the Kremlin that has brought the two nations to this dangerous brink, according to Cohen, is rooted in the U.S. political elites' desire to maintain their ability to determine the world order. When Vladimir Putin was first elected, the professor explains, it became immediately obvious that he wanted Russia to take part in shaping "how the world is structured."

"Since then, [there's a] sense that America doesn't have a free hand any longer ... but I don't think our establishment has ever gotten used to this reality," says Cohen. "And a lot of the catastrophes we see, including the wars, is a kind of Don Quixote tilting at these windmills with war, because the world's not conforming to what Washington thinks it ought to be. Nor will it ever, any longer."

Joining the two is Katrina vanden Heuvel, editor of The Nation, to discuss the neo-McCarthyism that has been unleashed by Russiagate and what the journalist calls "Trump derangement syndrome" that leads liberals to buy into hysteria surrounding Russia so long as it serves an anti-Trump agenda. While vanden Heuvel argues that the American left is making significant progress on domestic issues, even progressive leaders such as Sens. Bernie Sanders and Elizabeth Warren "have to some extent bought into this new Cold War."

Highlighting the dangers of the current anti-Kremlin hysteria, the journalist posits that in the upcoming general election, however, "you're going to see people moving ideas forward on the foreign policy front that will not be Trumpian, but will be first principle of restraint, realism, anti-intervention, not policing the world and understanding that endless war is a disaster."

Robert Scheer: Hi, this is Robert Scheer with another edition of "Scheer Intelligence," where the intelligence comes from my guests. And in this case, Stephen Cohen, a professor emeritus of Russian studies at Princeton University and New York University. And he's joined by his wife, a very famous journalist, Katrina vanden Heuvel, who is the editor of The Nation magazine, the oldest continuing publishing political journal. And Stephen Cohen has written a book with a really alarming headline: "War With Russia? From Putin & Ukraine to Trump & Russiagate." And we are doing this interview on the day when Michael Cohen is testifying in the Congress, and talking about, he doesn't quite say that Trump was a Manchurian candidate from Russia, but he says there was some influence, and wink wink, and so forth. Let's just start with that, Stephen Cohen. Your book really examines this phenomenon of our society now dominated by a red-baiting hysteria that you say even exceeds the worst moments of the Cold War, [and] has brought us dangerously close to a military confrontation with the main rival nuclear power. How do you do red-baiting without a Red? Or am I reading Putin wrong, is he really a secret KGB commie?

Stephen Cohen: Well, from the beginning Putin has said he is, and presented himself as -- and more or less governed almost 20 years as -- certainly a non-communist, and I would say an anti-communist. So as I was working on this book, roughly since the Ukrainian crisis of 2014 -- and the book ends quite late, at the end of 2018 -- two questions kept running through my mind. Why is it that throughout my lifetime, American presidents were not only supported but encouraged to deal with the communist leaders of the Kremlin, particularly regarding nuclear weapons and other security issues, and keep us safe? They were communist leaders. But today, Putin, who sits in the Kremlin, is an anti-communist. And when President Trump went to meet with Putin -- it was in Helsinki in July last year, I think -- it was called treason. So it was OK to deal with the communists, but it's not OK to deal with the anti-communist. The second question that comes to my mind, and is threaded through this book indirectly and then directly, the Democratic Party -- but not only -- have so embraced this phenomenon of Russiagate, whose, let's be candid, core allegation is that Trump is somehow beholden to the Kremlin, or the Kremlin put him in power. I can find no evidence for that, but it's become a kind of urban or Washington myth. So I asked myself this rhetorical question: do the people who pursue Russiagate, which keeps Trump from dealing with the Kremlin leader the way every American president has tried to do since Eisenhower, would these Russiagaters prefer to try to impeach Trump to averting war with Russia? And increasingly it seems, whether these Russiagaters are aware of it or not, the answer is yes. And that's why I think this new Cold War is -- one reason why I think it's more dangerous than the preceding Cold War, which our generation, Bob, and our kids, survived.

RS: And I want to include Katrina in this. You are a Soviet, or a Russia expert in your own right. You studied at Princeton, you studied the language

Katrina vanden Heuvel: You know what I studied at Princeton? I studied McCarthyism. But it's interesting, because I do think we're witnessing a kind of resurgence of neo-McCarthyism, which was very much tied up with anticommunism. And I'm struck by that, and I'm struck by the liberal, progressive complicity in violating, nullifying their first principles in what I call sometimes "Trump derangement syndrome." At The Nation, we try to be careful not to be reflexively anti-Trump. It's easy to be anti-Trump; let's admit, he's put us on the cusp of a new arms race, withdrawing from the INF. But at the same time, you know, The Nation believes in restraint, in withdrawing from Afghanistan, from Syria, in talks with South Korea, North Korea,which many Democrats railed against. We believe that withdrawal from Afghanistan on its own terms is an important step, and is not just a gift to Putin, as so many Democrats said. So I just believe that cold wars are lousy for progressives; they're lousy for women, men, and children, but they fatten the defense budgets, they empower war parties on both sides, they close space for dissent, they close space for independent groups. And you're right, Steve and I have lived in Moscow off and on, certainly since '85, Gorbachev years. And I have seen how [the] previous Cold War, if not narrowed, shut down the space for exchange, for dialogue. And so it's a very Alice in Wonderland, scrambled politics moment, which I know you feel.

Related Topic(s): Books; Democrats; Israel; Kremlin; Power; Russiagate; Stalin; Syria; Vladimir Putin; Yeltsin, Add Tags
Add to My Group(s)
Go To Commenting
The views expressed herein are the sole responsibility of the author and do not necessarily reflect those of this website or its editors.