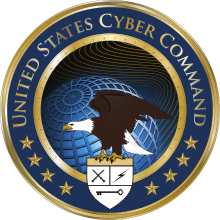 The incoming Biden administration is considering breaking with a long-standing tradition of new presidents sharing national secrets with prior presidents. Instead, in the case of his future predecessor Trump, Biden says he wants to hear the advice of key national security figures in the new government regarding whether or not to brief the impeached ex-chief executive once he's out the White House door.

That is not the question Biden should be considering. Rather, he should be opening up about government secrets with the American public, who for far too long have been kept increasingly in the dark.

The truth is that over the years, especially since the end of World War II, with President Harry Truman's establishment of a "national security state" and the launching of the Cold War, the United states, though commonly referred to in our national mythology, in speeches by politicians and in the media as "the world's greatest democracy" is actually a bureaucratic state with secrets so deep, dark and wide-spread that, as Daniel Ellsberg reveals in his latest book The Doomsday Machine, even the president and the secretary of defense for generations haven't been told the actual war plans that the nation would follow in the event of a nuclear conflict with China or Russia.

The only way we citizens can really know what our government is doing -- at least the significant stuff and virtually anything related to foreign policy or military policy and action -- is when some whistleblower like Julian Assange, Chelsea Manning or Edward Snowden has the guts to leak it out and if our toady corporate-owned media dare to publish or broadcast it. That's how we learn our government is committing war crimes all the time, how the government is secretly monitoring all our communications, all of us, how it is actively subverting democratic governments around the world, and that our country actually has a policy not of responding to nuclear attack but of being the instigator of any nuclear war.

We're supposed to have Freedom of Information, but whenever I file a FOIA request, if I get any response at all, it's usually composed of completely blank pages, or pages displaying only prepositions and articles, but no nouns or verbs or the positions of people who are doing things that area also whited out. (I once received, in response to a FOIA request for an audit report from the Pentagon's Inspector General's office regarding the Navy budget, a document in which the term Navy was redacted in the document title and in every subsequent reference!).

There is, in practice, no freedom of information in the federal government any longer. There was back in the late '70s, briefly, after the Watergate scandal and the exposure of Cointelpro, but"

Related Topic(s): Assange; FOIA; Freedom; Government Secrecy; Open Society Institute; Whistleblower, Add Tags
Add to My Group(s)
Go To Commenting
The views expressed herein are the sole responsibility of the author and do not necessarily reflect those of this website or its editors.