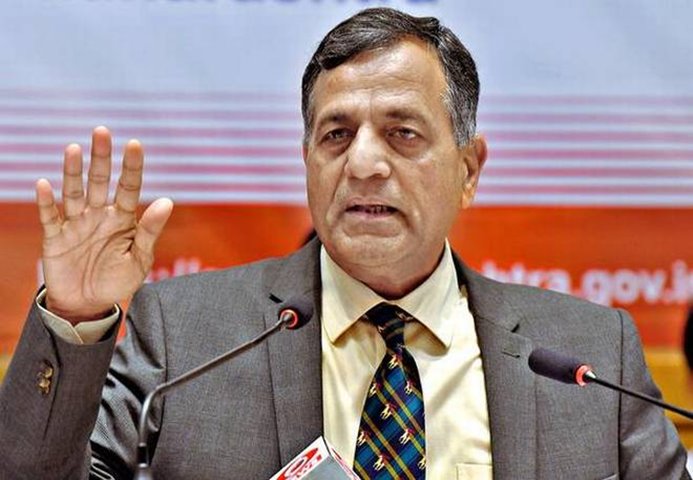 Facts are facts. They are the referee, the guiding principle, in a dispute. When both sides are represented, it's called ethical journalism. When only selective facts are published, that is yellow journalism.

Once it became clear that BJP-NDA would romp home in 2019 General Elections, Indian Express has made much of dissent of one of the three Election Commissioners, Ashok Lavasa. On a few occasions when Prime Minister Narendra Modi was examined if he had violated the Model Code of Conduct (MCC), Lavasa was the dissenting voice in the house which cleared Modi of such charges.

After keeping Lavasa's dissent alive on its front pages, Indian Express has published a long interview with Lavasa today. The lame headline: "Sought prompt action after Supreme Court frowned on delays: Lavasa" was a giveaway on spun charges a kind of propping up a dead man behind wheels. The story just doesn't move.

Lavasa laments that his dissents haven't been recorded. But then Election Commission never does it. A majority takes a call which in this case decided in favour of Modi. So what's this fuss about?

Lavasa thus decided to stay away from the last MCC meeting (Lavasa/Express projection is as if he recused himself midway). By May 16, 2019 General Elections were more or less over. If he had felt stifled, he should've done so much before. Even now Lavasa can resign and ignite a serious debate in public and help an Election Commission which he could be heading in 2021.

If he stays put in Election Commission, Lavasa must respond to public scrutiny as he expects his own institution to be. A few facts are in public domain and are grossly unsavoury. People have a piece on him which Lavasa needs to respond as quickly as he could. It says that his wife, Novel Singhal Lavasa, became a board director in 12 big companies after he became secretary in environment and finance ministry from 2015 onwards. It questions whether he dealt with the files of these 12 companies during his tenures. The article then digs up instances which are construed as his closeness to various important ministers, including P. Chidambaram, finance minister during Congress-led UPA regime. Now that Lavasa could be our next Chief Election Commissioner, he must submit himself to public probity and uphold the dignity of EC which he has lowered, perhaps unintentionally, in the present case.

Personally, I am for recording dissenting voices. Like they do in judiciary. But I certainly abhor when I suspect an agenda. To me, this looks like tainting a historic repeat for BJP in 2019 General Elections, if it comes true on May 23. When the projection is that institutions are muzzled, the next corollary is the democracy is in danger. That's what they do with Russia, China or even Iran. All of them are straining under economic and tariff sanctions.

A nation is thus destroyed like it happened in Iraq, Syria and Yemen. Remember the "Arab Spring" which was unleashed in Middle East this decade? It's no longer talked about for it has served its purposereplace many regimes such as ones in Egypt, Tunisia etc.

I conclude by drawing the attention of readers to this piece in OpIndia. It mentions a former Election Commissioner Navin Chawla against whom once his chief wrote to President of India, asking for his removal for allegedly taking instructions from the ruling party, in this case Congress. This is the same Chawla who was indicted for his excesses during the Emergency. Yet, the 2009 General Elections were conducted under him.

In this article instances are quoted how despite their miserable showings in 1999 and 2014 elections, parties such as SP, BSP and Left were allowed to remain "national parties" by the benevolence of Election Commission. How despite 100 plus seats, BJP was nearly banned in 2007.

It's important readers take a call and question their newspapers. Treat it as a matter of life and death. Have complete and not just selective facts. Only responsible readers can make their newspapers accountable. Else, your own nation could be in ruins and your future generations exposed to resultant horrors.

Related Topic(s): Agenda; Congress; Election; Facts; Rant; Readers; Sanctions; Tunisia, Add Tags
Add to My Group(s)
Go To Commenting
The views expressed herein are the sole responsibility of the author and do not necessarily reflect those of this website or its editors.