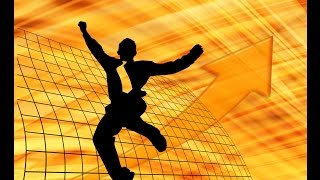 Job satisfaction
(Image by YouTube, Channel: Curious Intellect)   Details   DMCA
Part I -- Job Satisfaction at the Heart of Capitalism We have just celebrated Labor Day weekend (September 2, 3, 4) in the United States, the very heartland of capitalism. Apropos of the holiday, I happened to have run across a July 2016 survey with the original paradoxical title, "Job Satisfaction Hits a 10-Year High -- But It's Still Below 50%." What the survey reports is that "just under half (49.6%) of U.S. workers surveyed reported they are satisfied with their jobs." These are workers in "traditional jobs," which are typically eight-hour-a-day employment at conventional job sites. The report then compares this "just under half" rate to the reported job satisfaction of "independent" workers -- those self-employed or working in an autonomous or semi-autonomous way. The reported satisfaction level of these "independent" workers was 65%. The first number is downright depressing and the second is not very impressive. Also, consider what the report attributed the improvement (compared to say, 40% satisfaction in 2010 for traditional jobs) of the low satisfaction numbers to: "a decline in layoffs, stronger wage growth and expanding job opportunities [expanding labor market]." None of these factors address what ought to be one of the major, and obvious, goals of work -- the fulfillment, as far as possible, of individual human potential. Or, to state it another way, providing avenues for the individual to "be all he or she can be." Part II -- What Is an Economy? The conventional definition of an economy is a system of "production, distribution and consumption of goods and services." Historically, this definition of the way human beings produce and apportion both the necessities and accessories of life has proven incomplete, because it makes no reference to the psychological human need for being creative through labor. This psychological need for realizing one's potential in this fashion might not have been satisfiable as long as economies were operating in a subsistence environment. Later, when the division of labor became elaborated, this sort of satisfaction probably became possible for a select few. However, in a post-industrial economy the ability to realize, as far as possible, human potential through economic activity should take a big leap. What is required is a government's will to regulate the use of surplus capital toward this end, along with an educational system that prioritizes this goal. Part III -- A Psychological Necessity This is not just pie-in-the-sky idealism. We are talking about a part of the human psyche that demands attention. Consider the American psychologist Abraham Maslow's hierarchy of needs. Maslow lists five categories of human needs: Starting with (1) those most basic to survival. These are physiological needs, such as food and shelter. Next come (2) safety needs. These are followed by (3 and 4) two levels of social needs: first the need for family, friends, and a sense of belonging, and then the need to achieve self-esteem in the form of recognition for one's achievements and respect from one's fellows. Finally Maslow posits what he considers the highest human need: (5) that for self-actualization, or the ability to be creative and fully utilize the talent inherent in one's abilities.

Related Topic(s): Capitalism; Jobs; Labor Day; Labor Rights; Labor Skilled, Add Tags
Add to My Group(s)
Go To Commenting
The views expressed herein are the sole responsibility of the author and do not necessarily reflect those of this website or its editors.