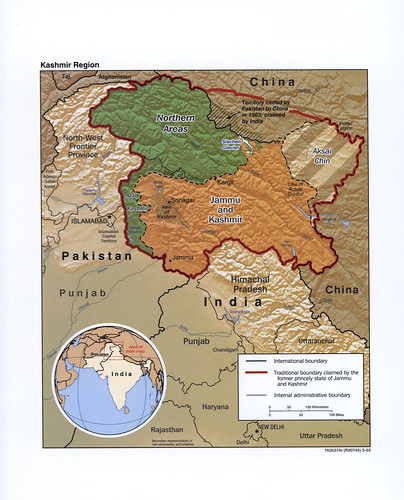 Former Chief Minister of Jammu and Kashmir and National Congress president Farooq Abdullah has expressed hope that special status of Kashmir will be restored with the help of China.

In an interview with India Today on Sunday, Abdullah said that the Modi government's move to abrogate Article 370 which granted special status to the state of Jammu & Kashmir, had angered China and the recent standoff at Line of Actual Control (LAC) is a result of that.

"Whatever they are doing at LAC in Ladakh is all because of the abrogation of Article 370, which they never accepted. I am hopeful that with their support, Article 370 will be restored in J&K," Abdullah told India Today.

Tellingly, Indian defense analyst Pravin Sawhney has also said that Chinese are not happy with Indian government's move on August 5, 2019 to integrate the disputed territory of Jammu & Kashmir and also declaring Ladakh as an Indian Union territory.

Pravin believes that India has violated the Wuhan Summit (2018) summit consensus that China and India will be friend and not adversary but since then India has joined the Indo-Pacific alliance which is against China and also joined the anti-China Quad group of the United States, Australia, and Japan.

At the same time, Pravin added, India had ignored the Chinese proposal during the the second India-China informal summit, in Chennai, India when Chinese President Xi Jinping had shared with Prime Minister Narendra Modi his vision for trilateral cooperation among Beijing, New Delhi and Islamabad.

Interview with The Wire

Going back to Abdullah's statement about China, this is not the first time when Abdullah had made such remarks.

In an interview with The Wire last month, he said that the Kashmiris felt like 'slaves' in India and they would rather have the Chinese rule over them.

Farooq Abdullah told The Wire that at this moment the Kashmiri people do not feel and do not want to be Indian. He even went so far as to say that they would rather be ruled by the Chinese.

Abdullah, who had been the most prominent 'pro-India' face in Jammu and Kashmir for the past four decades, also described the Kashmiris as slaves who were being treated like second class citizens.

In a 44-minute interview to The Wire, Abdullah said it was complete rubbish for the Bharatiya Janata Party to claim that the people of Kashmir have accepted the August 2019 changes just because there have been no protests.

He said if the soldiers on every street and Section 144 were to be lifted, people will come out in their tens of lakhs.

Abdullah told The Wire that the new domicile law was intended to flood the Valley with Hindus and create a Hindu majority. He said this has further embittered the Kashmiri people.

Abdullah said that the National Conference and, in fact, all the other parties that had come together to issue the Gupkar Declaration of August 2019, which was reiterated on August 22 this year, were committed to restoring the dignity of Kashmiris. He said this meant reinstating Articles 370 and 35A and restoring statehood. He said he would fight for this - but always peacefully - till his last breath.

Author and journalist. Author of Islamic Pakistan: Illusions & Reality; Islam in the Post-Cold War Era; Islam & Modernism; Islam & Muslims in the Post-9/11 America. Currently working as free lance journalist. Executive Editor of American (more...)
Related Topic(s): China; Disengagement; Farooq Abdullah; India; Indo-pacific; Jammu; Kashmir; Ladakh; Pravin Sawhney, Add Tags
Add to My Group(s)
Go To Commenting
The views expressed herein are the sole responsibility of the author and do not necessarily reflect those of this website or its editors.