American Artist John Singer Sargent, considered the leading portrait painter of his generation, was born in Florence, Italy, on January 12, 1856.

As a child, his family was very mobile, therefore he did not have much formal schooling. However, he became fluent in several languages. His mother was an amateur artist and his father was a medical illustrator.

Sargent studied art at the Ecole des Beaux Arts in Paris. He shared a studio with James Carroll Beckwith, who later taught at the Art Students League in New York. Sargent also studied with Leon Bonnat (either at the Ecole or at Bonnat's private studio, or both), and both Sargent and Beckwith studied with Carolus-Duran in Paris.

Sargent knew Degas, Rodin, Monet and others. On a visit to Giverny in 1885, Sargent painted Claude Monet and his new wife, Camille, in an Impressionistic style inspired by his subject. Sargent bought four of Monet's paintings for his own personal collection.

Claude Monet and his wife Camille by John Singer Sargent
(Image by (From Wikimedia) The original uploader was Sparkit at English Wikipedia. / Source Not Given, Author: See Source)   Details   Source   DMCA

Sargent is admired for his expertise in portraiture and watercolor. He is generally revered for his brushwork, although James McNeill Whistler was not impressed, calling it "smudge everywhere." But then, Whistler has not been known for his positive comments about anyone.

In 1907, Sargent, age 51, officially closed his portrait studio and began focusing on watercolor painting. He painted over 2000 watercolors during his career. According to the wiki, Evan Charteris wrote in 1927:

To live with Sargent's water-colours is to live with sunshine captured and held, with the luster of a bright and legible world, 'the refluent shade' and 'the Ambient ardours of the noon.

Sargent's Portrait of Robert Louis Stevenson and his Wife was sold in 2004 for $8.8 million. It is in the collection of the Crystal Bridges Museum of American Art at Bentonville, Arkansas, founded by Alice Walton, daughter of Walmart's Sam Walton. 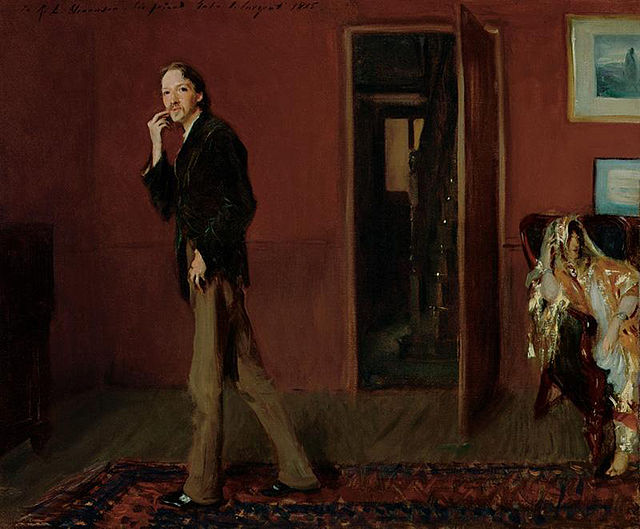 Robert Louis Stevenson and his wife by John Singer Sargent
(Image by (Not Known) Wikipedia (commons.wikimedia.org), Author: Author Not Given)   Details   Source   DMCA 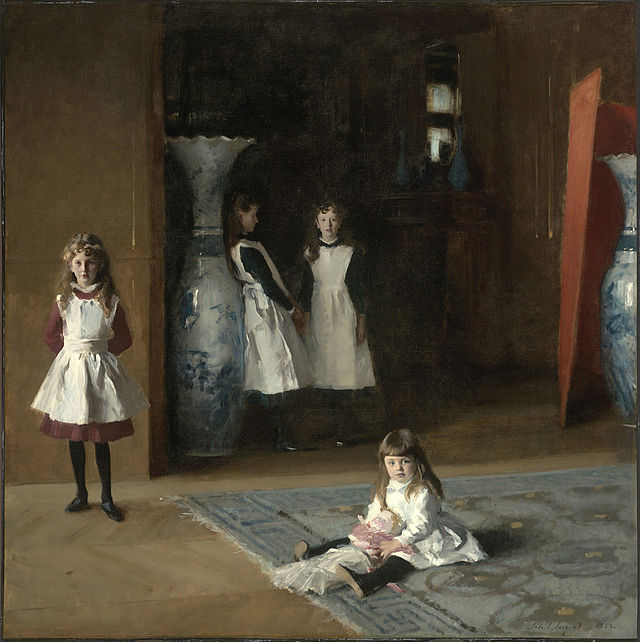 The Daughters of Edward Darley Boit 1882 by John Singer Sargent
(Image by (Not Known) Wikipedia (commons.wikimedia.org), Author: Author Not Given)   Details   Source   DMCA

In 1922, Sargent co-founded the Grand Central Art Galleries and was also involved with the associated academy, the Grand Central School of Art, in NYC. The galleries held a major exhibition of Sargent's work in 1924, after which he returned to England where he died on April 14, 1925.

In 1998, a huge retrospective exhibition of Sargent's works opened at the Tate Gallery, London, on October 15, the largest display of his work since the 1924 exhibit at the Grand Central Galleries. Afterwards, it traveled to the Museum of Fine Arts, Boston, and the National Gallery of Art Washington, DC.

Related Topic(s): Artists; Exhibition; John_Singer_Sargent; Paintings, Add Tags
Add to My Group(s)
Go To Commenting
The views expressed herein are the sole responsibility of the author and do not necessarily reflect those of this website or its editors.