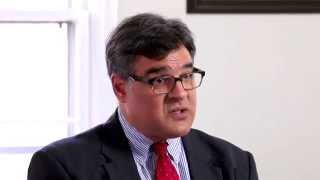 In this week's episode of "Scheer Intelligence," host and Truthdig Editor in Chief Robert Scheer speaks to former CIA counterterrorism official John Kiriakou, who served nearly 15 years with the agency. Kiriakou, who spoke openly about his opposition to the CIA's torture program, served two years in prison after being charged with espionage and wrote the book "Doing Time Like a Spy: How the CIA Taught Me to Survive and Thrive in Prison."

Scheer and Kiriakou discuss the nomination of Gina Haspel for CIA director. Kiriakou says that "Haspel should be disqualified for her past at the top of the CIA's illegal torture program." He also says her nomination sends the message that CIA agents need not respect the law in order to advance in the agency.

Scheer cites a poll showing a majority of Americans see torture as a tool that makes the nation more secure. "What's happened here?" he asks Kiriakou.

"We've decided that, as a matter of policy, whatever is expedient is OK, because we're the good guys, so we can do whatever we want. And that's clearly wrong," he says.

Kiriakou also says torture has become a partisan issue, with the majority of Republicans supporting its use and the majority of Democrats opposed. Yet, he adds, progressive politicians knew more than they revealed about the extent of the CIA torture program.

Listen to the interview in the player above and read the full transcript of the conversation below. Find past episodes of "Scheer Intelligence" here.

Robert Scheer: This is Robert Scheer with another edition of Scheer Intelligence. It's actually my alternative to the Central Intelligence Agency, and by coincidence our guest today is John Kiriakou, who was sort of a hero at the Central Intelligence Agency, where he worked for almost 15 years. And he overlapped the events of 9/11, and it was John Kiriakou who was in charge of counterterrorism operations in Pakistan, and is an Arab speaker, Arabic speaker, and very knowledgeable in the region, who was involved in the capture of the most important, at that time most important Al-Qaeda operative, who was supposed to have been the No. 3 one, Abu Zubaydah. And the interesting question here is the effectiveness of torture, and the nominee from President Trump to be the new head of the CIA, Gina Haspel, has been referred to [by] some, including John Kiriakou, as "Bloody Gina." Because during that period she was a deputy director of counterterrorism activities, and she was involved in not only conducting these torture experiments and practices in Thailand and elsewhere, but she is also accused of having destroyed 92 tapes that were supposed to be released about the torture program, which don't exist now. So why don't you bring us up to date? We're doing this interview while she's still a nominee. And what is your view of that nomination, and where do you think it's going to end up?

Related Topic(s): CIA; Gina Haspel; John Kiriakou; Nomination; Torture 13; Torture Report; Waterboarding; Zubaydah, Add Tags
Add to My Group(s)
Go To Commenting
The views expressed herein are the sole responsibility of the author and do not necessarily reflect those of this website or its editors.