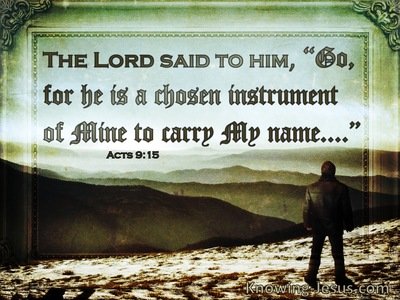 When I'm not busy crafting the rhetoric of revolution, I scribble quirky song lyrics (of literary aspiration) for the promising indie band God's Comics. While the band name is chiefly a hat tip to songwriting legend Elvis Costello, it's hardly surprising a band so named should pen an occasional song about God.

Generally, we're not on speaking terms. To quote "Pink Windows" (the most popular song on our profile page), we're "angry with God for underexisting." If readers savvy in literate pop culture catch a glancing allusion to Woody Allen's brilliant identification of God as "an underachiever," you're definitely tuned in to the God's Comics vibe.

Probably the chief current manifestation of God's "underexistence"--and underachievement--is America's abominable "Christian" right. Though as a political strategist I have a "lover's quarrel" with deservedly prominent journalist Chris Hedges (interviewed in the podcast just linked), he's an indispensable influence on my political thought. And on my lyric writing. Without Hedges, I never would have thought to make "Pink Windows" (conceived decades ago) the scorching castigation of the "Christian" right it eventually became. Wanna make an atheist? Just seriously read the Matthew's Gospel account of Jesus' Beatitudes and then glance for ten seconds at America's "Christian" right.

Hedges--insightful "to the max"--pillories them as a Christian heresy of fascist intent. Pope Francis, in flat stating their Lord Savior Trump "is not a Christian," evidently agrees with the heresy part. Yet large numbers of these modern Pharisees--more tasteless than their Biblical forebears--persist in regarding Donald Trump as God's chosen instrument.

But what if--holy effing irony, Batman!--it turns out to be Joe Biden.

That (with due allowance for skepticism about the existence of a God whose world drops so few hints of it) will be my thesis here.

If God works at all in this world, it's certainly in mysterious ways. Nonetheless, sometimes a development shows up in history, so obviously beneficial and so seemingly irresistible, that it seems to be God's "Wonder-Working Providence" fully on the job. Such, for example, is the seemingly providential democratization of the world, a longstanding trend so impressive it induced French aristocrat Alexis de Tocqueville to study the United States as a pioneering experiment in democratic governance.

When I first read Tocqueville's Democracy in America, I was blown away--not just by its dazzling specific insights--but chiefly by its underlying premise of democratization as an irresistible, seemingly providential global trend. Despite many anti-democratic plot twists and seeming regressions, a rising demand for equal treatment of individuals--accompanied by strong sense that unequal treatment demands rational justification--seems a striking, salient thread woven for centuries in the fabric of human history. When a society and its government treat groups or individuals too unequally, without the required rational justification or visible hope of redress, the society and government suffer a crisis of legitimacy.

My whole current series of articles, "Tracts for Our Times," is founded on the premise that today's U.S. society and government have lost almost all of their legitimacy. Specifically, that the savage inequalities we allow--in wealth, political power, and access to basic goods--lead to harms that have no rational justification, cause widespread suicidal depression, and (via our unaddressed climate emergency) will in the long run be genocidal. Or perhaps (via Trump's callous, criminal mishandling of Covid-19) have already been.

An election that pits increasingly fascist, science-denying demagogue Donald Trump against lying neoliberal warmonger Joe Biden seems, in the mother of all understatements, regression on the path to providential democratization. But as noted above, God works (if at all) in mysterious ways. For those of us who buy the premise of irresistible global democratization, even if it might just be a law of history--"providence without God"--this shithole election offers a carefully hidden, unique, unprecedented opportunity. But only for those "with eyes to see"; those of us, in other words, who read history as a jagged upward trend line toward global democratization. Since the alternative is probably human extinction, we have a compelling motive to make what is ultimately an act of faith. In humanity at least, if not also in God.

In those terms--and only in those terms--I'm strongly inclined to view Joe Biden as "God's chosen instrument." Emphatically not in any way that gives credit to Joe Biden--a corrupt "Wall Street and War Street" hack of almost the worst imaginable sort. That honor, however, goes to his adversary--and humanity's--Donald Trump. But as an incarnation of political illegitimacy--a real effin' bastard, but without Trump's fascist, right-wing "law and order" excuse to crush needed revolt--Biden is the ideal lame establishment dishrag against whom we can organize effective revolt. In the name of democratization, humanity--and human survival!

"Kick 'Em When They're Down": Revolt under Biden

Bottom line: Joe Biden's legitimacy hangs by the slenderest thread, and (unlike a second-term Trump) he can't take any repressive actions against revolt that won't worsen the deep sh*t he's already in with the growing progressive wing of Democrats' voting base. While Trump's base is already deeply racist and fascist and find its "red meat" in any repressive actions he takes against "N**gers," "sand n**gers," "sp8cks," and "libtards," Biden is an incredible identity-politics bind: he must embrace and even celebrate the humanity of those endangered minorities while holding fast to the warmongering neoliberal program of repressing their legitimate human aspirations through neoliberal economic policies and endless war.

Related Topic(s): Biden Harris; Climate; Democratization; Democrats; Depression; Election; Fascist; God; Government; Jesus; (more...) Progressives; Revolt; Revolution; Rhetoric; Shithole; Trump, Add Tags  (less...)
Add to My Group(s)
Go To Commenting
The views expressed herein are the sole responsibility of the author and do not necessarily reflect those of this website or its editors.