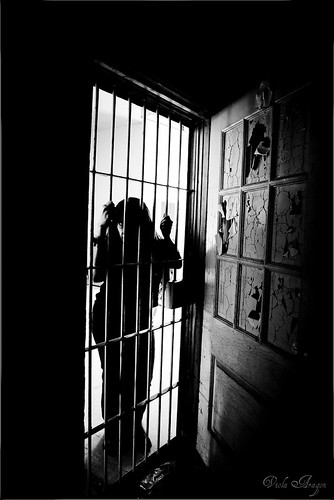 "What Sessions is actually defending are the racist policies championed by Eric Holder, himself, when he was U.S. attorney for the District of Columbia in the mid-Nineties."

Attorney General Jeff Sessions, the deep-fried racist from Alabama, would like to turn the clock back to pre-Emancipation, but will settle for a return to the good old days of Bill Clinton, the mega-incarcerating con man from Hope, Arkansas. It is important to maintain an historical perspective on the actual policies that are being pushed by Republican and Democratic political actors, given the corporate media's practice of revising history on a daily basis. Sessions' new instructions demand that his U.S. attorneys "charge and pursue the most serious, readily provable offense," rather than adjust criminal charges and sentencing recommendations based on the defendants individual history and circumstances. Sessions insists that federal prosecutors push all the legal buttons necessary to activate mandatory minimum sentences, with no judicial discretion.

Sessions' policy "is not tough on crime. It is dumb on crime," said his predecessor, Eric Holder, who executed Barack Obama's so-called "Smart on Crime" initiative in response to a growing wave of Black protest during Obama's second term. In typical fashion, Obama "led from behind" on criminal justice issues, positioning himself on the cautious side of the emerging establishment consensus that the U.S. prison population must be shrunk. Thus, the Obama administration gave ample lip service to rolling back patently racist crack cocaine penalties, but, once legislation to that effect was passed, fought successfully in the courts to prevent early release of inmates convicted under the law. Instead, prisoners were forced to undergo individual review. The lucky ones, who fit Eric Holder's strict release eligibility guidelines, were dribbled out of prison as public relations exhibits of Obama's kindness.

"Obama 'led from behind' on criminal justice issues, positioning himself on the cautious side of the emerging establishment consensus that the U.S. prison population must be shrunk."

Obama and Holder did tolerate, and even encourage, a degree of prosecutorial discretion in framing charges and recommending sentences -- although they proposed no fundamental reforms to the system. The truth is, prosecutorial discretion is an arbitrary tool of the state, a matter of convenience and budget-adjusting that has nothing to do with justice and leaves the repressive architecture of mass Black incarceration totally intact -- as should be obvious, since all it took was a memo from Jeff Sessions to undo the phony "reform."

What Sessions is actually defending are the racist policies championed by Eric Holder, himself, when he was U.S. attorney for the District of Columbia in the mid-Nineties. Sessions needs only to drive his time machine back two decades to be in total synch with the Eric Holder who made his political bones by imposing systemic racial profiling on the streets of Black Washington, DC. Holder kicked off his "Operation Ceasefire" campaign on Dr. Martin Luther King's birthday, 1995, framing his anti-crime strategy in civil rights terms -- the right of Black people to be safe. On his watch, Driving While Young and Black became sufficient cause for a police stop and search -- and all the consequences that follow. "The people who will be stopped will be young Black males, overwhelmingly," Holder conceded. However, the greater good must be served. "Young Black males make up 1 percent of the national population but account for 18 percent of the nation's homicides," he said.

"Obama and Holder proposed no fundamental reforms to the system."

Holder's policy of targeting "suspicious" vehicles for stops "with the aim of conducting searches" is detailed in James Forman Jr.'s new book, Locking Up Our Own: Crime and Punishment in Black America, an indispensable resource for understanding the roots of modern mass incarceration and the role the Black political (misleadership) class played in creating the monster. The man who would later declare that some banks are too big to prosecute (How's that for discretion?) helped establish a national precedent for stripping constitutional protections from the "suspicious" demographics of society. James Forman reports that Holder's signature "pretext stops" are responsible for "most of the racial disparity in traffic stops, nationwide." Thus, Eric Holder has contributed mightily to the misery endured by, literally, millions in the U.S. prison gulag over the last several decades, while his feeble discretionary criminal justice "reforms" under Obama have no lasting institutional impact.

Worse, Eric Holder's past is a model for Attorney General Jeff Session's future.

BAR executive editor Glen Ford can be contacted at Glen.Ford@BlackAgendaReport.com.

Related Topic(s): Black Agenda Report; Black Lives Matter; Black Misleadership Class; Black Women Issues; Mass Incarceration, Add Tags
Add to My Group(s)
Go To Commenting
The views expressed herein are the sole responsibility of the author and do not necessarily reflect those of this website or its editors.