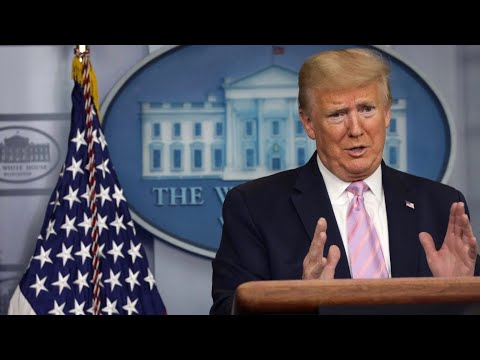 First, the pandemic is supposed to teach us the dangers of having foreign sources of supply, as parts of our supply chain from China shut down when it was hard hit by the virus in December and January. While this is supposed to be a key takeaway from the pandemic, it makes little sense.

We have seen major factories shut down in the United States as a result of the pandemic, most recently a South Dakota processing plant that produces five percent of the nation's retail pork. The United States does have a huge domestic market, so it can see shutdowns in certain segments and still likely get by without severe shortages, but smaller countries absolutely need diverse sources. And, even in the case of the United States, it is helpful to have access to producers worldwide rather than being forced to just rely on domestic sources, especially since the timing and severity of the pandemic have varied greatly across countries.

The real lesson from this episode is the importance of having large stockpiles of key medical gear. The U.S. did not have adequate stockpiles because of the negligence of its government, but this issue is independent of where the items are produced.

The piece also raises the issue of U.S. companies being reluctant to invest in China because of concerns over intellectual property theft. While this is an often-stated concern, most items, like prescription drugs, can be reverse engineered without great difficulty. The U.S. will be better able to limit China's appropriation of items to which U.S. corporations have patent monopolies or related claims if it has agreements with China requiring it to respect these rules.

In the absence of such agreements, there is no reason that China should not make copies of items like prescription drugs, medical equipment, fertilizers, pesticides, computers, and software, to which U.S. companies have intellectual property claims, and sell them freely both on their domestic market and internationally. If the U.S. wants to protect the intellectual property claims of its corporations it will need more engagement with China, not less.

Finally, the piece does raise the importance of the dollar as the world's major reserve currency. This is and has been a growing problem for the world economy, since it makes much of the world subject to the whims of the Federal Reserve Board and the U.S. administration. In the last crisis, dollar swap lines were extended to certain countries, and not others, for clearly political purposes. This is likely happening again today.

However, the issue here is not the importance of the dollar, but rather the reluctance of other major economic powers (e.g. the EU, Japan, and even China) to directly challenge U.S. policy. Given the erratic and arbitrary actions of the Trump administration, hopefully, they will get over this reluctance, but to date this has not been the case.

Dr. Dean Baker is a macroeconomist and Co-Director of the Center for Economic and Policy Research in Washington, D.C. He previously worked as a senior economist at the Economic Policy Institute and an assistant professor at Bucknell University. (more...)
Related Topic(s): Economy Recession; Pandemic; Recession; World Leaders; World Opinion, Add Tags
Add to My Group(s)
Go To Commenting
The views expressed herein are the sole responsibility of the author and do not necessarily reflect those of this website or its editors.