This is not just my viewpoint. It's what the American people want. 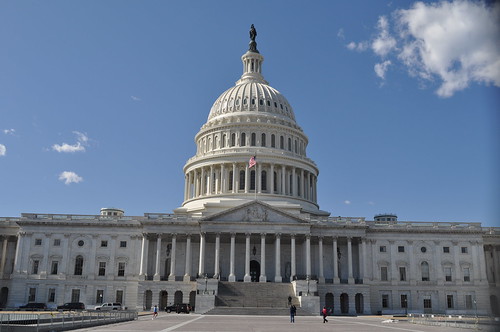 I do not know why President Trump and the Republican Party -- which controls the White House, the Senate and the House -- are so willing to shut down the government. Maybe they think it will be good for them politically. Maybe they believe the chaos created by a government shutdown would be a welcome distraction from the ongoing Russia investigation being conducted by special counsel Robert S. Mueller III. Whatever the motives of the Republican leadership, one thing is clear: A government shutdown would be disastrous for the American people.

A shutdown would harm tens of millions of working-class families who would be unable to access vital services. It would disrupt the lives of hundreds of thousands of federal employees who would not receive the paychecks they expected. It would endanger members of the U.S. military who are putting their lives on the line defending our nation.

Congress has a responsibility to the American people to prevent a shutdown and work in a bipartisan manner to reach a fair budget agreement that addresses the very serious problems facing the working people of our country.

Unfortunately, Senate Majority Leader Mitch McConnell (R-Ky.) ratcheted up threats of a government shutdown last week by insisting on ending the long-standing, bipartisan agreement over parity for defense and non-defense spending. This principle of parity is enormously important for working families and is something that cannot be terminated. If we do not act, funding for education, child care, health care, nutrition assistance, affordable housing and other important domestic programs will be at a 40-year low as a percentage of our economy.

As the middle class continues to shrink, cuts to non-defense spending would cause even worse economic pain to working families, the elderly, children, the sick and the most vulnerable. Meanwhile, as Trump and the Republicans demand an unbelievable $100 billion increase in military spending over the next two years, the Defense Department has been inoculated from budget cuts over the past several years because of the Overseas Contingency Operations loophole -- a special account not subject to spending caps established by Congress in 2011.

Providing parity in these budget negotiations means, among other things, fully funding -- without offsets -- the Children's Health Insurance Program for 9 million kids and community health centers for 27 million Americans. It means increased funding for the Social Security Administration and the Veterans Administration so they can provide guaranteed benefits to seniors and veterans who have earned them. It means keeping our obligations to more than 1.5 million workers and retirees who are about to lose a large part of the pensions they were promised. It means addressing the crisis of student debt, expanding child care, improving our crumbling infrastructure in rural America and protecting our national parks. It means providing help in the national struggle against opioid and heroin addiction.

Furthermore, as part of the budget negotiations, we must also provide adequate disaster relief to Texas, Florida, Puerto Rico and the Virgin Islands, as well as assistance to the Western states recovering from terrible wildfires.

Finally, Trump added even more fuel to the fire when he decided to use 800,000 "dreamers" as a bargaining chip for an $18 billion wall that the overwhelming majority of Americans do not want. These dreamers are young people who have lived in this country for almost their entire lives. They go to school. They work. They serve in the U.S. military. The United States is their home; they know no other. For Trump and the Republican leadership to allow their legal status to expire, and to subject them to deportation, would be one of the cruelest acts in modern American history. It must not be allowed to happen.

This is not just my viewpoint. It's what the American people want. A recent Quinnipiac University poll showed that 77 percent of the American people, including a large majority of Republicans, support providing legal protections for the dreamers. The Republican Congress must act. A clean Dream Act must be signed into law as part of any budget agreement.

The American people are increasingly disgusted with a government that protects the interests of the wealthy and the powerful, while ignoring the needs of the vulnerable. The U.S. government must do more than provide huge tax breaks to billionaires, callously deport young people, greatly expand military spending, end net neutrality, deny the reality of climate change and threaten to cut Social Security, Medicare, Medicaid, education and nutrition programs. We must pass a budget agreement that addresses the needs of Americans and not just billionaire campaign contributors.

Related Topic(s): Children; Dreamers; Families; Health; Insurance; Military; Republicans-GOP; Shutdown, Add Tags
Add to My Group(s)
Go To Commenting
The views expressed herein are the sole responsibility of the author and do not necessarily reflect those of this website or its editors.