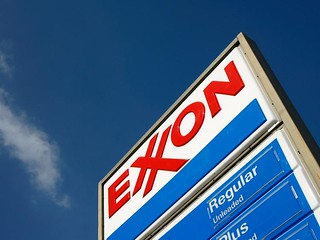 The time scale should stagger you. Just imagine for a moment that what we humans do on this planet will last at least 10,000 more years, and no, I'm not talking about those statues on Easter Island or the pyramids or the Great Wall of China or the Empire State Building. I'm not talking about any of our monumental architectural-cum-artistic achievements. Ten thousand years from now all the monuments to our history may be forgotten ruins or simply obliterated, while what we're doing at this very moment that's truly ruinous may outlast us all. I'm thinking, of course, about the burning of fossil fuels and the sending of carbon dioxide (and other greenhouse gases) into the atmosphere. It's becoming clearer by the month that, if not brought under control relatively quickly, this process will alter the global environment in ways that will affect humanity and everything else living on this planet for what, from a human point of view, is eternity.

In essence, there's no backsies when it comes to climate change. Once you've begun the full-scale destabilization and melting of the Greenland ice sheet and of the vast ice sheets in the Antarctic, for instance, the future inundation of coastal areas, including many of humanity's major cities, is a foregone conclusion somewhere down the line. In fact, a recent study, published in the journal Nature Climate Change by 22 climate scientists, suggests that when it comes to the melting of ice sheets and the rise of seas and oceans, we're not just talking about how life will be changed on Planet Earth in 2100 or even 2200. We're potentially talking about what it will be like in 12,200, an expanse of time twice as long as human history to date. So many thousands of years are hard even to fathom, but as the study points out, "A considerable fraction of the carbon emitted to date and in the next 100 years will remain in the atmosphere for tens to hundreds of thousands of years." The essence of the report, as Chris Mooney wrote in the Washington Post, is this: "In 10,000 years, if we totally let it rip, the planet could ultimately be an astonishing 7 degrees Celsius warmer on average and feature seas 52 meters (170 feet) higher than they are now."

Even far more modest temperature changes like the two degree Celsius rise discussed at the recent Paris meeting, where 196 nations signed onto a climate change agreement, would transform the face of the planet for thousands of years and result in the drowning of a range of iconic global cities "including New York, London, Rio de Janeiro, Cairo, Calcutta, Jakarta, and Shanghai."

This, in other words, is what the hunt for yet more fossil fuels and more profits by the planet's giant energy companies actually means -- not tomorrow, but on a scale we don't usually consider. This is why those who continue to insist on pursuing such a treasure hunt (for a few companies and their shareholders), despite knowing its grim future results, will truly be in the running with some of the monsters of our past to become the ultimate criminals of history. In this light, consider what Bill McKibben, TomDispatch regular, founder of 350.org, and author most recently of Oil and Honey: The Education of an Unlikely Activist, has to say about one of those companies, ExxonMobil, and its pivotal role in our warming world. Tom

Here's the story so far. We have the chief legal representatives of the eighth and 16th largest economies on Earth (California and New York) probing the biggest fossil fuel company on Earth (ExxonMobil), while both Democratic presidential candidates are demanding that the federal Department of Justice join the investigation of what may prove to be one of the biggest corporate scandals in American history. And that's just the beginning. As bad as Exxon has been in the past, what it's doing now -- entirely legally -- is helping push the planet over the edge and into the biggest crisis in the entire span of the human story.

Back in the fall, you might have heard something about how Exxon had covered up what it knew early on about climate change. Maybe you even thought to yourself: that doesn't surprise me. But it should have. Even as someone who has spent his life engaged in the bottomless pit of greed that is global warming, the news and its meaning came as a shock: we could have avoided, it turns out, the last quarter century of pointless climate debate.

As a start, investigations by the Pulitzer-Prize winning Inside Climate News, the Los Angeles Times, and Columbia Journalism School revealed in extraordinary detail that Exxon's top officials had known everything there was to know about climate change back in the 1980s. Even earlier, actually. Here's what senior company scientist James Black told Exxon's management committee in 1977: "In the first place, there is general scientific agreement that the most likely manner in which mankind is influencing the global climate is through carbon dioxide release from the burning of fossil fuels." To determine if this was so, the company outfitted an oil tanker with carbon dioxide sensors to measure concentrations of the gas over the ocean, and then funded elaborate computer models to help predict what temperatures would do in the future.

The results of all that work were unequivocal. By 1982, in an internal "corporate primer," Exxon's leaders were told that, despite lingering unknowns, dealing with climate change "would require major reductions in fossil fuel combustion." Unless that happened, the primer said, citing independent experts, "there are some potentially catastrophic events that must be considered... Once the effects are measurable, they might not be reversible." But that document, "given wide circulation" within Exxon, was also stamped "Not to be distributed externally."

So here's what happened. Exxon used its knowledge of climate change to plan its own future. The company, for instance, leased large tracts of the Arctic for oil exploration, territory where, as a company scientist pointed out in 1990, "potential global warming can only help lower exploration and development costs." Not only that but, "from the North Sea to the Canadian Arctic," Exxon and its affiliates set about "raising the decks of offshore platforms, protecting pipelines from increasing coastal erosion, and designing helipads, pipelines, and roads in a warming and buckling Arctic." In other words, the company started climate-proofing its facilities to head off a future its own scientists knew was inevitable.

But in public? There, Exxon didn't own up to any of this. In fact, it did precisely the opposite. In the 1990s, it started to put money and muscle into obscuring the science around climate change. It funded think tanks that spread climate denial and even recruited lobbying talent from the tobacco industry. It also followed the tobacco playbook when it came to the defense of cigarettes by highlighting "uncertainty" about the science of global warming. And it spent lavishly to back political candidates who were ready to downplay global warming.

Its CEO, Lee Raymond, even traveled to China in 1997 and urged government leaders there to go full steam ahead in developing a fossil fuel economy. The globe was cooling, not warming, he insisted, while his engineers were raising drilling platforms to compensate for rising seas. "It is highly unlikely," he said, "that the temperature in the middle of the next century will be significantly affected whether policies are enacted now or 20 years from now." Which wasn't just wrong, but completely and overwhelmingly wrong -- as wrong as a man could be.

In fact, Exxon's deceit -- its ability to discourage regulations for 20 years -- may turn out to be absolutely crucial in the planet's geological history. It's in those two decades that greenhouse gas emissions soared, as did global temperatures until, in the twenty-first century, "hottest year ever recorded" has become a tired cliche. And here's the bottom line: had Exxon told the truth about what it knew back in 1990, we might not have wasted a quarter of a century in a phony debate about the science of climate change, nor would anyone have accused Exxon of being "alarmist." We would simply have gotten to work.

But Exxon didn't tell the truth. A Yale study published last fall in the Proceedings of the National Academy of Sciences showed that money from Exxon and the Koch Brothers played a key role in polarizing the climate debate in this country.

Bill McKibben is the author of a dozen books, including The End of Nature and Deep Economy: The Wealth of Communities and the Durable Future. A former staff writer for The New Yorker, he writes regularly for Harper's, The Atlantic Monthly, and The (more...)
Related Topic(s): Climate; Exxon; Hydrocarbon; Politicians; Us Ozone Depletion - Global Warming, Add Tags
Add to My Group(s)
Go To Commenting
The views expressed herein are the sole responsibility of the author and do not necessarily reflect those of this website or its editors.