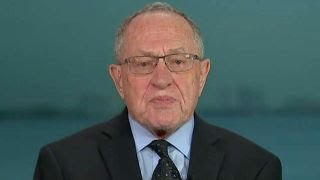 Alan Dershowitz was on i24 News Wednesday night and said his new memoir is about "how much more difficult it is today" to defend Israel than it used to be. That chore now includes defending Israel's new law making the country the "nation state of the Jewish people," in which only one people have the right of self-determination, Jews.

"I think it was not a necessary law to pass. Look everybody knows Israel is the nation state of the Jewish people. If you want to pass a basic law, you just pass a law incorporating the brilliant declaration of independence of Israel, which talks about equal rights for all.

"I don't think there was a need to have a basic law declaring what everybody knows. It only gives ammunition to the opposition.

"People who think this will help in Israeli Diaspora relations are wrong."

To do that, Get the rabbis out of marriage and the law, and who is a Jew, that's the way to improve Israel-Diaspora relations. But this law is "unnecessarily provocative" and "a mistake."

"Look I don't think anybody doubts that Israel is the nation state of the Jewish people. Of course the criticism of it is hypocritical, coming from the Palestinians. They declare Palestine to be an Islamic state governed by sharia law, where no Jew can buy property or be a citizen. That's really racist. I mean, almost all the Arab countries are Muslim states. But I didn't see any reason for enacting this law on Israel's 70th anniversary. I think it was a mistake."

Dershowitz speaks for the centrist/liberal Israel lobby. The Israel lobby group the ADL also said that the law was unnecessary and would complicate Israeli-Diaspora relations

"...we are troubled by the fact that the law, which celebrates the fundamental Jewish nature of the state, raises significant questions about the government's long-term commitment to its pluralistic identity and democratic nature."

The liberal Zionist group J Street also said last week that the law was unnecessary and that Israel was "moving in an increasingly theocratic, authoritarian and xenophobic direction."

"There was no need for this legislation: Israel was already a Jewish homeland... And this government -- along with every other government in Israel's history -- already gave preference to the development of the Jewish population. Its main purpose appears to be shoring up Prime Minister Netanyahu's status with right-wing voters ahead of possible elections later this year or next."

The concern about relations between Israel and American Jews touches on a provision in the law under which Israel can interfere in Jewish life in the United States.

"The state shall act to preserve the cultural, historical and religious heritage of the Jewish people among Jews in the Diaspora."

Times of Israel reports that the Finance Minister of Israel also regards the law as a "mistake" though he voted in favor of it.

Philip Weiss is a longtime writer and journalist in New York. He co-edits a website on Israel/Palestine, Mondoweiss.net, which he founded in order to foster the movement for greater fairness and justice for Palestinians in American foreign policy. He is currently working on a novel about the US in Australia during WW2.
Related Topic(s): Dershowitz; Diaspora; Israel; Jewish State; Law, Add Tags
Add to My Group(s)
Go To Commenting
The views expressed herein are the sole responsibility of the author and do not necessarily reflect those of this website or its editors.