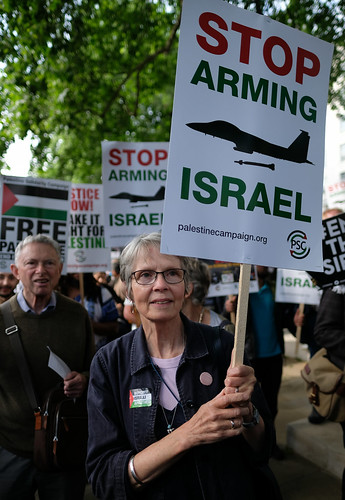 Mao said that "All reactionaries are paper tigers. In appearance, the reactionaries are terrifying, but in reality they are not so powerful." We're seeing this now in the case of Israel, whose fascistic president Benjamin Netanyahu has tried to annex the West Bank as a show of the supposed strength of the Zionist project; behind Netanyahu's confident appearance, his actions have been driven by fears of a decline for the global empire that props up Israel.

The desperate aspect of Netanyahu's motivations is partly shown in the fact that his annexation plan has come with a lot of international blowback. Egypt, France, Germany, and Jordan have warned Israel to abandon the annexation, making the Trump White House an isolated presence in its backing of Israel's actions. And it's clear that the move will end up harming Israel; columnist Trudy Rubin wrote last month that "Trump's support for Israeli annexation in West Bank will endanger the Jewish state," and that"

This is a move that will end any pretense of peace negotiations, endanger Israel's peace with Jordan, and undercut promising advances in normalization with the Gulf States"Many Israeli security experts fear that if Netanyahu moves ahead"Israel will pay dearly at multiple levels: on the West Bank and Gaza, with its Arab neighbors, and with the rest of the world. Without any security gains.

Additionally, an annexation would make it harder for Israel's defenders to argue that the country seeks peace with Palestine. Given all these costs, why has the ruling faction of the Zionists decided upon this course of action? Because this faction is afraid of a U.S. retreat from the Middle East.

Israeli defense strategists, including one deputy national security adviser to Netanyahu who recently stated that "American hegemony is crumbling before our eyes," have become anxious about the prospect of the U.S. withdrawing from the region. The events of the last couple of years in particular have caused these kinds of concerns among Israel's policy-making elites.

As indicated by Israel's massacres of peaceful border protesters in recent years, Israeli settler-colonialism has been experiencing increasing challenges. With the rise of BDS and the international outcry against Israel's genocidal actions, the Palestinian resistance movement has been gaining more and more leverage over the colonial regime. In December of 2018, Miko Peled wrote in M intpress News that...

Every Israeli prime minister, from this moment on, must know that he or she is likely, like De Klerk in Apartheid South Africa, to announce the end of the apartheid regime in Palestine, unconditionally release the Palestinian prisoners, and call for one-person-one-vote elections. This will lead to the creation of a legislature and a government that represents all people who live between the River to the Sea.

With the collapse of the two-state solution as a viable option, the one-state solution of a decolonized Palestine has become more widely supported. The pressure on the settler state has only mounted as Israel's atrocities against Palestinians have continued.

Related Topic(s): Israel; Israel And Palestine; Israelification; Zionists, Add Tags
Add to My Group(s)
Go To Commenting
The views expressed herein are the sole responsibility of the author and do not necessarily reflect those of this website or its editors.