The culture and institutions of science have provided an answer: "Yes, of course. Let's move on to the business of scientific discovery and stop fooling around with mystical mumbo-jumbo."

Actual scientific investigation provides a different answer, however: "The objective, material view of reality is a very good approximation for some things, and the basis of a robust technology, but it is not the whole story." The empirical evidence for this comes from tens of thousands of rigorous experiments on parapsychology that have yielded positive results. Also from millions of anecdotes, less rigorous but more dramatic, about ESP, precognition, NDEs, reincarnation, and other topics. The theoretical evidence comes from quantum physics, which implies that reality is co-created by the wave function "out there" and the consciousness that observes it.

Establishing the need for a new paradigm has been the subject of a vast collaboration over more than a century. The project is ongoing. But there is already more than sufficient motivation to take the next step. Only a few of our greatest thinkers have risen to the challenge of reformulating the rules of science and our fundamental conceptions of reality and what we can know about it.

This is the most interesting and fertile intellectual opportunity of our age. 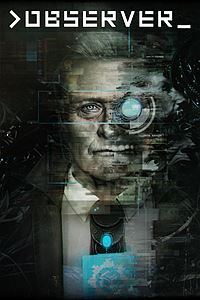 Abandoning all pretext of modesty, I will propose a framework for this project. The challenge is to preserve all that mainstream science has discovered and verified, while accommodating unconventional science that, on its face, appears at odds with the scientific worldview. In quantum theory, half the information that projects the present into the future is in the wave function; the other half is missing, and postulated to be purely random. There is direct experimental evidence, compiled by Robert Jahn, Dean Radin, and others that the random half is not random, and can be influenced by conscious intent. This effect seems to be insensitive to distance and can propagate backward as well as forward in time. I propose that integrating this evidence with quantum biology and the inverse quantum Zeno effect is a fruitful place to begin.

Related Topic(s): PSI-Parapsychology; PSI-Parapsychology; Quantum Mechanics; Reductionism, Add Tags
Add to My Group(s)
Go To Commenting
The views expressed herein are the sole responsibility of the author and do not necessarily reflect those of this website or its editors.