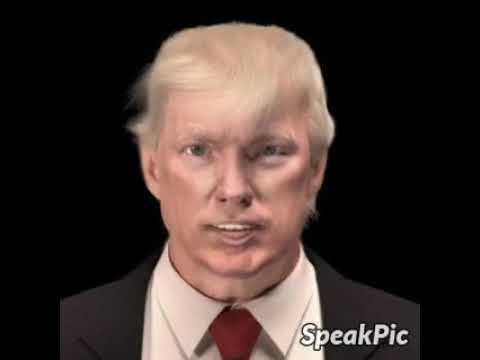 President Donald Trump is not always in control of his runaway tongue or his impetuous nature. So it's entirely possible he could have dismissed fallen American soldiers as "losers," as the media and political opponents now claim.

But I strongly doubt that Trump knew anything about the bloody 1918 Battle of Belleau Wood at which the US Marine Corps distinguished itself and helped blunt the final German offensive against Paris. Trump was supposed to have paid tribute to fallen American marines there but declined, we are told, because of rain.

Trump likes to add military props and lots of flags to his orations and speak of "his generals," but, beyond that, military affairs are of no evident interest to our tough-talking president who likes to style himself a "war president."

In fact, I am always outraged when I see Trump saluting his aircrews, and grandstanding before the stars and stripes. Our commander-in-chief Trump reportedly dodged the Vietnam era draft six times, at least once because of a little bone spur in one of his dainty feet that were more used to the floors of New York discos than far-flung battlefields.

While Trump was evading military duty, far better men were dying or being wounded in combat in Vietnam -- nearly 60,000.

I enlisted in the wartime US Army to go fight in Vietnam. I didn't have to. I had been accepted to do advanced degrees at Britain's Oxford University and London's War College. Instead, I chose to sign my life away to the Army.

During the rigors of basic training, I broke a small bone in my left foot, described by medics as a "march injury" from too much stress on the foot. It was very painful and forced me to hobble and limp while drill sergeants roared abuse at me. Somehow, I graduated from basic and advanced infantry training and still managed dawn bayonet practice against straw-stuffed dummies while yelling, "Kill the Kong! Kill the Kong!"

As a student of Roman history I strongly believed it was each male citizen's duty to perform military service. The Roman Republic fell to ruin once its citizens shirked army service and resorted to hiring armies of unruly mercenaries, paving the way for dictators and generals.

My thinking about the need for military service has not changed since then, even though the Vietnam War was revealed to be a gigantic, bloody disaster and quite unnecessary.

All presidents should be military veterans. The idea of two draft dodgers, Bill Clinton and Donald Trump, serving as commanders-in-chief is appalling and an insult to the memory of those who served the nation.

The idea of the increasingly deranged Trump with his sweaty finger on the nuclear button is terrifying. No one person should have the power to unleash a nuclear war that could destroy the globe.

One might agree with Trump that those American soldiers who died in France during World War I were "suckers." They were thrown into an imperialist bloodbath in which America had no interest or business.

Related Topic(s): Flags; Generals; Military; Trump; Veterans, Add Tags
Add to My Group(s)
Go To Commenting
The views expressed herein are the sole responsibility of the author and do not necessarily reflect those of this website or its editors.