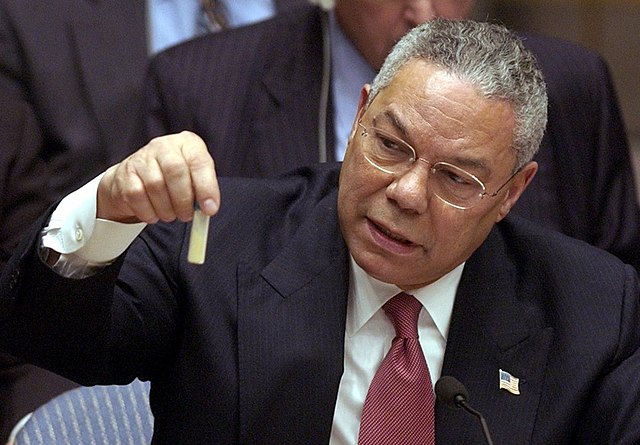 Sixteen years ago, the US and Britain committed a crime of historic proportion, the invasion and destruction of Iraq. It was as egregious an aggression as Nazi Germany's 1939 invasion of Poland.

Large numbers of Iraqi civilians died from 2003-2007. Iraq's water and sewage systems were bombed, causing widespread cholera. The UN estimated 500,000 Iraqi children alone died as a result. Madeleine Albright, US Secretary of State, said it was "a price worth paying."

But not so much for the 4,424 US soldiers killed in Iraq, or the 31,952 wounded, many with devastating brain and neurological injuries. Nor for US taxpayers who forked out over $1 trillion for this botched war and are still paying the bill which was hidden in the national debt.

In 2003, Iraq was the most advanced Arab nation in social welfare health, education, military power, and industrial development. But it was run by a megalomaniac, Saddam Hussein, who had been helped into power and sustained in his long war against Iran, by the United States, Britain and their Arab satraps.

When Saddam grew too big for his britches, Washington lured him into invading Kuwait, another American-British oil satrapy. A hue and cry went out from Washington and London that Iraq had secret nuclear weapons that threatened the entire globe. War, thundered US-British propaganda, was urgent and necessary.

As I knew from covering Iraq for many years, it had no nuclear weapons and no medium or long-ranged delivery systems. What it did have was a chemical/biological laboratory at Salman Pak that was staffed with British technicians producing lethal toxins for use against Iran. I discovered this secret operation and reported it. Meanwhile, the dim-witted Iraqis were threatening to hang me as an Israeli spy.

I watched with disgust and dismay as the US and Britain launched massive broadsides of lies against Iraq and those few, like myself, who insisted Baghdad had no nuclear weapons.

Almost the entire US and British media were compelled to act as mouthpieces for the George Bush/Tony Blair war against Iraq, trumpeting egregious lies designed to whip up war fever. Our media, supposedly the tribune of democracy, became lie factories, putting even the old Soviet media to shame.

The New York Times led the charge, along with the three main TV networks. I was in Iraq with its star correspondent, Judith Miller, who became a key agent of the pro-war campaign. So too the Murdoch press in Britain and Fox News. When the BBC tried to question the torrent of lies about Iraq, it was crushed by Tony Blair. A leading British nuclear expert who questioned the nuclear lies was murdered. Iraq was polluted by US depleted uranium shells.

Journalists like me were intimidated or marginalized. I was dropped by a leading US newspaper, a major Canadian TV chain, and by CNN for whom I had been a regular commentator. I was told the Bush White House had given orders, "get rid of Margolis." My sin: insisting Iraq had no nuclear weapons and was not threatening the US. Things became so absurd that the story went out that Saddam had "drones of death" that were poised to attack America.

Of the US media, only the McClatchy chain and Christian Science Monitor reported the war honestly. Nearly all the rest of America's TV talking heads brayed for war. Most are still there today, demanding war against Iran.

Who was behind the war? A combination of big oil, which wanted Iraq's vast reserves, and the Israel lobby which wanted to see Iraq destroyed by US power. The Pentagon was taken over by pro-war neoconservatives: Wolfowitz, Feith, Rumsfeld. George Bush, an ignorant fool, was putty in the hands of VP Dick Cheney, a pro-war megalomaniac. The CIA played along. Even the respected former general, Colin Powell, made a fool of himself before the UN and the world by claiming Iraq had hidden weapons. It had chemical weapons, all right, but we had the receipts to show they came from the US and Britain.

No one in the US or Britain ever faced trial for war-mongering and killing vast numbers of people. The lying media escaped well-deserved censure. As for the lying politicians who brought on this disaster, they blamed poor intelligence and bad luck. Those few who opposed the war of aggression remain sidelined or silenced.

Related Topic(s): Bush; Children; Iraqis; Oil; Pentagon; Propaganda, Add Tags
Add to My Group(s)
Go To Commenting
The views expressed herein are the sole responsibility of the author and do not necessarily reflect those of this website or its editors.