Today, IDF's "cute deceptive maneuver" failed. It could have led to escalation and war against Hezbollah, Iran's proxy in Lebanon, dragging the US into war as well... 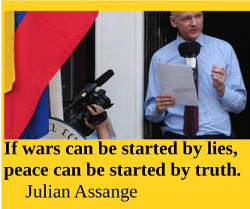 Israeli English-language media appeared vague on the nature of the event. For example, Haaretz English edition title is misleading: [i]

Reading down towards the end of the report, one gets to a section, which reads:

Later on Sunday, it was revealed that the IDF conducted a diversionary maneuver that included evacuating bandaged soldiers to a hospital.

After the missile hit the armored vehicle, which was being used as an ambulance, the IDF called in a helicopter to the scene, and two soldiers were filmed being carried out on a stretcher.

Rambam Medical Center in Haifa had announced the arrival of the two soldiers, and about an hour later, IDF Spokesperson Brig. Gen. Ronen Manelis announced that there were no Israeli military casualties. Manelis refused to comment on visuals showing the helicopter evacuating the soldiers to the hospital...

Times of Israel also provides a simplistic title "...none hurt", and gets into this difficult to explain subject way down its report as well: [ii]

Within a couple of hours IDF published a retraction, linked to an unusual announcement by Rambam hospital doctors that there were no wounded IDF soldiers...

It's not that we are the first army in the world to conduct a cute deception maneuver. Yes.

However, the nature of the "cute maneuver" and the targets of the "cute maneuver" remained unclear... Basically, IDF spokesman today issued a false presser to the Israeli public, informing Israelis of wounded soldiers in a Hezbollah attack on a "medical vehicle", and it is likely that the "cute deception maneuver" failed because Rambam hospital doctors refused to collude.

It should also be noted that during the "cute deception maneuver" IDF deliberately exposed medical evacuation personnel to Hezbollah fire, but the bait failed, Hezbollah didn't bite. [v]

His work won appreciation in Israel and abroad: * Prof Uzzi Ornan - "All power to you! I hope that you see your tremendous efforts (more...)
Related Topic(s): False Intelligence, Add Tags
Add to My Group(s)
Go To Commenting
The views expressed herein are the sole responsibility of the author and do not necessarily reflect those of this website or its editors.