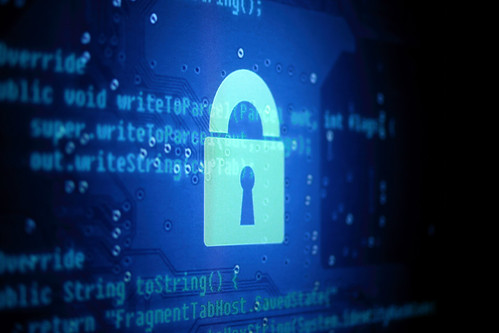 For the last several days the authorities have taken to shutting down online access from 5 a.m. to 8 a.m. daily, according to Education Ministry spokeswoman Hadeel al-Ameri so as to prevent the answers to tests being available to students before they took their test.

Sound extreme? Perhaps it is. But then the situation in Iraq is pretty extreme. Recently, "security departments were able to arrest some people who were trying to leak the questions and we found out that there were few people in the [Education] Ministry who used to leak these questions," al-Ameri told NBC . Yes, you read that correctly, people in the actual Educational Ministry were selling the results to exams.

And they weren't being coy about it either. When NBC news investigated, they found out that simply joining a Facebook group called "Leaking the Final Central Exams Questions 2015" allowed students to buy the results from anonymous administrators for as little as $9.

It wasn't just the administrators of the educational ministry who were this blase about cheating and corruption. Parents were just as bad. One parent didn't have any trouble telling NBC that she had helped her 12-year-old cheat last year.

"My son is not that clever," she told the news channel matter-of-factly, "His father and I did our best to teach him, but he cannot understand what he's being taught in school. That's why I saw this as a good chance to help my son to pass the exam even though I know it is not legal at all."

Another 16-year-old student who wished to remain unidentified explained how she was able to buy the results for eight of her exams. She paid about $18 dollars per exam, for her eight exams. "They sent me three accurate lists of questions that came in the exams -- chemistry, physics and Islamic studies," she said. "The rest five exams they sent me only three questions out of the six questions."

And she didn't have any problem saying that she would cheat again in the future. "I will do it again," she said. "I want to go to a good college."

Cheating is endemic in Iraq. And that's not that surprising. Lots of tools, such as custom writing services, wikipedia, math tools, and others, are available in the internet today. When asked about corruption in the country, one official readily admitted, "There is no solution," he told the Guardian . "Everybody is corrupt, from the top of society to the bottom. Everyone. Including me. At least I am honest about it," said Mishan al-Jabouri. "I was offered $5m by someone to stop investigating him. I took it, and continued prosecuting him anyway."

With that kind of an attitude is it really surprising that Transparency international rates Iraq a miserable 161 out of 168, with a score of 16 out of 100 in terms of corruption?

It isn't just there that the picture of Iraq looks bleak. Back in the 1970s literacy in the country was widespread, with it close to 100%, with the system rated among one of the finest in the region and even competing on the global stage. Since the first gulf war, back in 1991 however, it has become a real horror story, with the literacy rate plummeting down to 78.1%.

School enrolment is down as well, with the country having 90.8% enrolment back in 1990, while it had dropped to 80.3 by 2000. That difference is even more stark if you realize that if the country would have continued progressing as the rest of the region has (which also hasn't been terribly impressive) the country would now have an enrolment of 100% for both boys and girls.

In part this is because the schools have fallen apart. For example, after the US led invasion in 2003 many vocational schools lost 80% of their equipment, according to a UNESCO report. Other schools have simply ceased to function.

This has made it difficult for children in the rural areas to go to school. Another big reason is that since the country has fallen apart many parents have started to keep their children at home to help in the business.

"Emerging evidence indicates that the third war in three decades - the US-led invasion from 2003 to 2010 - has left behind a dilapidated education system affected by safety concerns, rising costs, and acute shortages of teachers and learning materials," the University of Pittsburgh's M. Najeeb Shafiq wrote in 2012 .

Concerns about the future

Patrick Cole is an entrepreneur and freelancer. He is also a contributing blogger for several websites. Patrick loves self-education and rock music.
Related Topic(s): Cheating; Online; Online Discussion, Add Tags
Add to My Group(s)
Go To Commenting
The views expressed herein are the sole responsibility of the author and do not necessarily reflect those of this website or its editors.

American's Need to Stand Together: Hillary Clinton's Remarks on The Orlando Shooting

Fascism in America -- Donald Trump's America, That Is