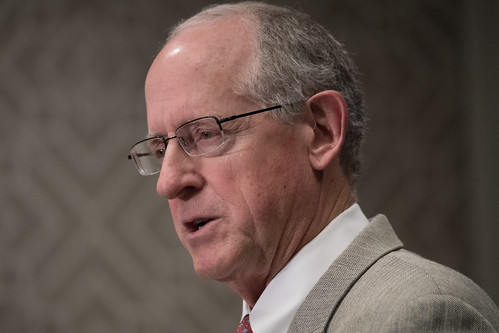 Let's try to make this simple: The basic rationale behind charges that Russian President Vladimir Putin interfered in the 2016 U.S. election to help candidate Donald Trump rests, of course, on the assumption that Moscow preferred Trump to Hillary Clinton. But that is wrong to assume, says the House Intelligence Committee, which has announced that it does not concur with "Putin's supposed preference for candidate Trump."

So, the House Intelligence Committee Republican majority, which has been pouring over the same evidence used by the "handpicked analysts" from just the CIA, FBI, and NSA to prepare the rump Intelligence Community Assessment (ICA) of Jan. 6, 2017, finds the major premise of the ICA unpersuasive. The committee's "Initial Findings" released on Monday specifically reject the assumption that Putin favored Trump.

This puts the committee directly at odds with handpicked analysts from only the FBI, CIA, and NSA, who assessed that Putin favored Trump -- using this as their major premise and then straining to prove it by cobbling together unconvincing facts and theories.

Those of us with experience in intelligence analysis strongly criticized the evidence-impoverished ICA as soon as it was released, but it went on to achieve Gospel-like respect, with penance assigned to anyone who might claim it was not divinely inspired.

Rep. K. Michael Conway (R-Texas), who led the House Committee investigation, has told the media that the committee is preparing a separate, in-depth analysis of the ICA itself. Good.

The committee should also take names -- not only of the handpicked analysts, but the hand-pickers. There is ample precedent for this. For example, those who shepherded the fraudulent National Intelligence Estimate on weapons of mass destruction in Iraq 15 years ago were named in the NIE. Without names, it is hard to know whom to hold accountable.

Here's the key ICA judgment with which the House committee does not concur: "We assess Putin, his advisers, and the Russian Government developed a clear preference for President-elect Trump over Secretary Clinton." Not to be picky, but if House investigators have been unable to find enough persuasive evidence to convince them that "Putin's supposed preference" was Trump, there is little reason to take seriously the ICA's adolescent observations -- like Putin held a "grudge" against Clinton because she called him nasty names -- and other tortured reasoning in an Intelligence Community Assessment that, frankly, is an embarrassment to the profession of intelligence analysis.

I recall reading the ICA as soon as it was published. I concluded that no special expertise in intelligence analysis was needed to see how the assessment had been cobbled together around the "given" that Putin had a distinct preference for Trump. That was a premise with which I always had serious trouble, since it assumed that a Russian President would prefer to have an unpredictable, mercurial, lash-out-at-any-grievance-real-or-perceived President with his fingers on the nuclear codes. This -- not name-calling -- is precisely what Russian leaders fear the most.

Be that as it may, the ICA's evidence adduced to demonstrate Russian "interference" to help Trump win the election never passed the smell test. Worse still, it was not difficult to see powerful political agendas in play. While those agendas, together with the media which shared them, conferred on the ICA the status of Holy Writ, it had clearly been "writ" to promote those agendas and, as such, amounted to rank corruption of intelligence by those analysts "handpicked" by National Intelligence Director James Clapper to come up with the "right" answer.

Traces of the bizarre ideological -- even racial -- views of Intelligence Dean Clapper can also be discerned between the lines of the ICA. It is a safe bet that the handpicked authors of the ICA were well aware of -- and perhaps even shared -- the views Clapper later expressed to NBC's Chuck Todd on May 28, 2017 about Russians: "[P]ut that in context with everything else we knew the Russians were doing to interfere with the election," he said. "And just the historical practices of the Russians, who typically, are almost genetically driven to co-opt, penetrate, gain favor, whatever, which is a typical Russian technique. So, we were concerned."

What readers of the intelligence assessment might have taken more seriously was the CYA in the ICA, so to speak, the truth-in-advertising cautions wedged into its final page. The transition from the lead paragraph to the final page -- from "high confidence" to the actual definition of "high confidence" is remarkable. As a reminder, here's how ICA starts:

"Putin Ordered Campaign To Influence US Election: We assess with high confidence that Russian President Vladimir Putin ordered an influence campaign in 2016 aimed at the US presidential election, the consistent goals of which were to undermine public faith in the US democratic process, denigrate Secretary Clinton, and harm her electability and potential presidency. ..."

Ray McGovern works with Tell the Word, the publishing arm of the ecumenical Church of the Saviour in inner-city Washington. He was an Army infantry/intelligence officer and then a CIA analyst for 27 years, and is now on the Steering Group of Veteran Intelligence Professionals for Sanity (VIPS). His (more...)
Related Topic(s): Collusion; Facts; Intelligence Agencies; Putin; Russiagate; Wikileaks, Add Tags
Add to My Group(s)
Go To Commenting
The views expressed herein are the sole responsibility of the author and do not necessarily reflect those of this website or its editors.