In the previous article of this series, I described a system of ranked voting, IRRV, that offers what seem significant advantages over the popular IRV system. For anyone who has been following this series of articles, a natural question to ask should be whether there is a balanced version of IRRV - let's call it IRRBV - and whether it might be worth consideration. 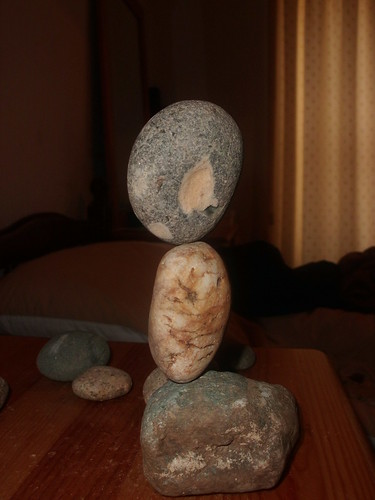 The balanced voting systems we have studied in earlier articles are derived from traditional systems by allowing voters to indicate support or opposition whenever they express an opinion about a candidate; the numeric difference between the support and the opposition counts is used when counting the votes just as the support votes would be used in the corresponding traditional voting system.

If we apply this to IRRV, a voter would be asked to list in order of importance (to that voter) of the candidates and to indicate for each one whether the candidate should or should not be removed from contention in the election. The counting of the votes is iterative with one candidate eliminated following each count; in each count, the ballots are treated as if the already eliminated candidates did not appear.

There is an element of psychology that enters here in that the preferences of voters may vary depending on how a question is phrased. But for the most part it would seem that the voter would prepare essentially the same list if asked to list the candidates in order of importance and to specify for each, support or opposition. The order of the candidates - from most important to least important would not change, though the oppose/favor choice would reverse (opposing the candidate rather than favoring that candidate's removal).

IRRBV is in no essential way different from an IRBV election. This would seem to confirm that IRBV is an improvement over IRRB.

On a slightly different topic, I noted in earlier articles, an important deficiency of these iterative systems is that they are complicated. In the comments of the previous article I noted that a specific problem with them is the difficulty of counting the votes in a distributed fashion and this can present serious logistic problems.

It turns out that in Maine, one of the constitutional challenges to the will of Maine voters to adopt IRV centers on this very issue. Apparently an interpretation of the Maine Constitution is that it specifies that the counting of votes must be distributed.

A concerned citizen and former mathematician/engineer now retired and living in rural Maine.
Related Topic(s): Balance; Election; Fair And Balanced; Voting, Add Tags
Add to My Group(s)
Go To Commenting
The views expressed herein are the sole responsibility of the author and do not necessarily reflect those of this website or its editors.