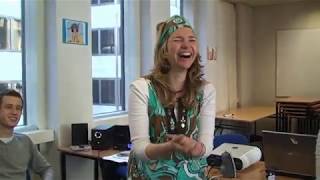 In my column last New Year's eve, "The World Known to Me Is Fading Away" I recalled a past era when a poor Irish boy in a class society in which the English treated the Irish worst than blacks were treated in the United States could rise without the burden of student loans to Oxford and Yale degrees and to the presidency of Williams College. In my closing paragraph I wrote that I hoped to return to the memoir, From the Cast-Iron Shore, of my friend and former colleague Francis Oakely.

Despite the press of momentous events, I am taking the time now. Oakley is a medieval scholar with an original point of view who allowed himself to be diverted from his scholarship into university administration during 1977-1994 as dean of the faculty and then president of Williams College. These were trans-formative years during which many colleges and universities lost their historic character and became disrupted by black and feminist agitation. One way of looking at Oakley's memoir is that he presided over the period successfully with aplomb. Another way of reading his memoir is as a chronicle of how an idealistic commitment to the underdog and to multiculturalism destroyed American education. Having the experience of the Irish in British class society, Oakley was definitely for the underdog.

The difference is that the underdogs of Oakley's generation who were encouraged and supported with scholarships to rise on their merit did not turn on the society that gave them a chance. In contrast, in America the blacks and women who rose on quotas rather than merit turned fiercely on the society that opened to them. There is no doubt that white males have paid the price for the New Society that is open to all but them.

Based on Oakley's memoir I could write a long article about the numerous and long-running miscalculations of academic liberals and unintended consequences of good intentions that resulted in the destruction of the continuity of the institutions and the quality of the education. But I haven't the time. Nevertheless, the unexpected results and their ironies can be highlighted.

The first reform at Williams College was to take away the fraternities' function of providing meals and housing for the students and diverting the revenues into the college's budget. With their finances abolished, the fraternities were abolished.

Williams launched a program to actively recruit black students in place of the policy of accepting those qualified to be there. The liberals did not comprehend that the active recruitment gave the blacks a sense of entitlement. The first result was the arrival of a cadre denouncing segregation, but whose first demand was racially segregated housing for blacks! If Oakely sees the irony, he doesn't comment on it.

When the disruptive blacks asserting their entitlement occupied college administrative offices in order to coerce compliance with their demands, the administration sent in food boxes so that the poor dears wouldn't go hungry.

The black students succeeded in shifting Williams College's focus from education to social engineering. The unexamined assumption was that racial, ethnic, and gender diversity was the desirable goal. Comprehensive exams were abandoned. Female and black enrollment became the all-absorbing issue. In one year, Williams College was transformed into something unrelated to its historical character. Many alumni winced at the loss.

Williams' decision to go co-educational, a quaint old word, involved massive expense for housing, as it was not yet the fashion for the genders to cohabit the same beds. But Williams soldiered on and managed to repeat all the mistakes of buckling to female demands as it did to black demands. Oakley even attributes self-serving feminist demands to their "passionate dismay" over a mere prank.

Oakley records the "strident, unpleasant, students 'acting out' expressing negative views of the administration and trustees" who were pandering to them, but instead of seeing this result as the consequence of pandering to the goal of "diversity," Oakley attributes the negativism to the protesters' "blinkered absolutism and impatience of their idealism, in the intensely serious and dramatic nature of their commitment." In other words, apologies for the misbehaving students.

The liberals' delusions got the better of them with the consequence that the blacks and feminists were able to exploit their commitment to "multiculturalism as a desirable goal." One January morning the college awoke to a horror. On the door of the black student union was this message: DIE NIGGERS!

Racism, of course, is something that only white males do, so suspicion fell on the already marginalized white male Williams students. It turned out to be a false flag operation by a black student who saw it as a way to extract more concessions from a college afflicted with racial guilt. Williams, careful to protect the black's identity, suspended him for one semester. Meanwhile, a white student who, apparently as a prank, made sexually explicit telephone calls posing as a homosexual, was suspended for one year.

Oakley presided over this mess, to which his liberal proclivities had contributed, with more success than most others elsewhere who had brought this plague upon American higher education. In other words, Oakley survived it with dignity and, thankfully, returned to scholarship where he made unique contributions without adverse consequences.

Related Topic(s): College; Education; Equality; Identity; Men; Multiculturalism; Racism; Students; Women, Add Tags
Add to My Group(s)
Go To Commenting
The views expressed herein are the sole responsibility of the author and do not necessarily reflect those of this website or its editors.