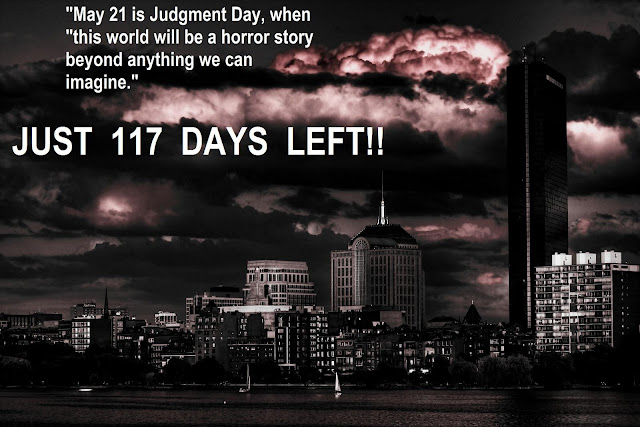 I haven't watched a TV sitcom in the last five years. RSS feeds from blogs and news services constantly decorate my home page with more inanity than all the networks could come up with. But there are times when I suffer from a kind of "insanity overload." And the last several weeks made it seem as if we were living on the front pages of the old Weekly World News :

"Insanity overload" leads to a kind of bizarre form of writers' block: it freezes the brain, like cryoablation, before attempting to  remove any sense of reality. Fortunately, IO doesn't last very long because one's reason usually takes all of the really stupid and insane things that have happened and organizes them into IO files safely in the back of the brain, to be used at a later time when dealing with the idiots who created the IO in the first place.

I know this last sounded smug, but have pity, please. I'm dealing with the likes of Cindy Jacobs, Rick Joyner and Michele Bachmann and other assorted, ah... people (he says, discreetly).

So in the last weeks we had:

DADT CAUSED BIRDS TO FALL FROM THE SKIES

Cindy Jacobs declaring that the repeal of Don't Ask, Don't Tell is (probably) the reason why we had dead birds falling from the sky in Arkansas. She did it in that inevitable Cindy Jacobs way, peppering her speech with unintelligable words just to point out that she is better than the Oracle of Delphi (who didn't know what she was talking about either).

And speaking of people who don't know what they're talking about, The Huffington Post Reports:

BACHMANN TO GIVE HER OWN STATE OF THE UNION REBUTTAL

The Minnesota Republican's office confirmed to The Huffington Post that she [Michele Bachmann] intends to broadcast a prerecorded message through the Tea Party Express website once Obama is done speaking.

A pre-recorded "rebuttal." Is there an oxymoron somewhere in that? Anyway, to ponder that sublime piece of idiocy can turn one's brain green.

Pastor Rick Joyner of Leading Way Ministries chimed in with his worldview on a Christian news station that he journeyed to Moravian Falls, NC where, as everyone knows, there is an actual portal to Heaven, then had a dream where he was shown the destruction of America. Remember, this is the same man who was taken up to heaven, had discussions with saints (whom he couldn't name) and saw William Branham (the man who preached the total subjugation of women through a doctrine called the "demon seed") sitting in the highest throne in heaven. He also said some of the saints were placed in weird positions. Joyner is also a major investor in Heritage U.S.A. where you may still be baptized while whizzing down a water slide.

During the last week, we saw the Southern Baptist Convention, like alligators, eat their own: former president, Richard Land, was forced to resign from the Anti-Defamation League's Interfaith Coalition on Mosques because he stated that Muslims had a right to build mosques in this country and therefore "promoted Islam." Then we had Wiley Drake consider a run for Land's old job even though the Southern Baptist Convention practically disowned him for calling for prayers to end the lives of Obama and members of Congress:

In my opinion we have left our traditional BIBLICAL positions, and become a large group being led by a small group of leaders who are out of touch with what the average Southern Baptist desires for our ministry under the leadership of The Holy Ghost.

Rev. Dan Vojir is has been writing/blogging on religion and politics for the better part of ten years. A former radio talk show host (Strictly Books " Talk America Radio Network) and book publisher, Dan has connected with some of the most (more...)
Related Topic(s): Bachmann-Michele; Cindy Jacobs; God; Insanity; Islam; Jared Loughner; Rick Joyner; World Net Daily, Add Tags
Add to My Group(s)
Go To Commenting
The views expressed herein are the sole responsibility of the author and do not necessarily reflect those of this website or its editors.