From Dispatches From The Edge Blog 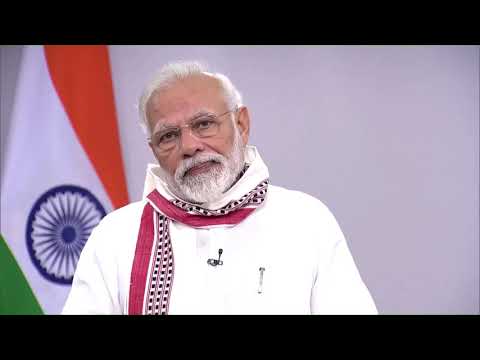 While the corona virus has focused much of the world on Europe and the United States, India promises to be the greatest victim of the disease. But other than a slick public relations campaign, the government of Prime Minister Narendra Modi has done little to confront the crisis. Indeed, a number of policy moves by Delhi have likely fed the spread of the dangerous virus.

When Modi announced a 21-day nationwide shutdown on March 24, he did so without any warning. Almost before the Prime Minister had finished talking, panicked city residents -- mostly middle class -- poured into the streets to stock up on food and medicines, almost certainly accelerating the spread of COVID-19.

The shutdown instantly made tens of millions of people jobless, setting many of them in motion toward their home villages. Since public transportation has been shut down, that involved journeys of over 300 miles. And because many villages are blocking outsiders, where migrants will get food and water is anyone's guess.

Except for a few independent news sources, much of the chaos set off by the March 24 orders has gone unreported. Using a combination of financial pressure and outright censorship, Modi and his right-wing Bharatiya Janata Party (BJP) have silenced much of the media. Newspapers and broadcast outlets are finding that criticism of Modi or the BJP results in the loss of government advertising, a major source of revenue. Modi has also filed expensive and difficult to fight tax cases against opposition media outlets.

In the case of the corona virus, the government got the Supreme Court to order all media to "publish the official version" of the health crisis, which, in practice, has meant feel-good stories.

The success that the BJP has had in corralling India's 17,000 newspapers, 100,000 magazines, and 178 television news channels has been sharply condemned by media organizations. Reporters Without Borders rates India a lowly 140 out of 180 countries on its freedom index.

Conn M. Hallinan is a columnist for Foreign Policy In Focus, "A Think Tank Without Walls, and an independent journalist. He holds a PhD in Anthropology from the University of California, Berkeley. He oversaw the (more...)
Related Topic(s): Climate; Corona Virus Coronavirus Covid-19; Crisis; Indian Prime Minister Narendra Modi; Media; Pressure Groups; Riots; Violence; Water, Add Tags
Add to My Group(s)
Go To Commenting
The views expressed herein are the sole responsibility of the author and do not necessarily reflect those of this website or its editors.