1. The "Defense" for Trump-in-Impeachment-mode was fascinating, because it wasn't a defense in the conventional sense. It was rather, for the most part, classic Trumpian "Always attack, never defend." As I said in my most recent column : " 'Always attack; never defend' is central to Trump's way of thinking. The tactic was originally developed by Sen. Joe McCarthy who taught it to Roy Cohn (Trump's lawyer until he got disbarred) who taught it to Trump. . . . Briefly, never deal with the substance of a question (unless it comes from a VERY friendly questioner like Sean Hannity or Fox and Friends). Rather always attack the question and/or the questioner, thus a) taking the focus off Trump and transferring it to the questioner, and thus b) making sure that he/she never has to answer the question."

There was Pam Bondi (the former Florida Attorney General who was accused of accepting a campaign contribution from Trump in return for dropping a case against Trump University; the case was disallowed for "not enough evidence") presenting a defense statement in which the words "Hunter" and "Biden" appeared in just about every other sentence. The was the White House Counsel (and by the way the person in that position is supposed to be the senior advisor to the President for governmental legal matters) Pat Cippolone, acting like a defense attorney for the President. In that regard, he kept repeating the lie that on the House side the President was never provided an opportunity to present a defense, when that was offered numerous times by the House, all offers/request/demands turned down by the White House. Then there was one of Trump's private defense attorneys arguing that it was Obama who should have been impeached(I kid thee not). While it would appear that none of the above (and there were others) would play very well in a real court of law, they certainly play well for Trump and Trump Media.

2. On Mitt Romney, who has been edging ever-so-slowly towards anti-Trump positions of one kind or another, in a tweet last October I said the following: "http://aol.com/article/news/2019/10/04/wrong-and-appalling-romney-blasts-trump-for-calling-on-china-to-probe-bidens/23827687/". Romney is simply stepping up to be first in line for the 2020 Repub. nomination should for any reason (impeachment and "other") Trump is not the Repub. candidate." What he is doing now on the matter of hearings is simply confirming his hoped-for "first-in-line" slot. 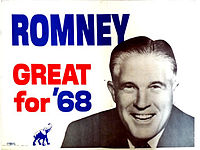 3. Today, the "Defense" argued strongly against allowing John Bolton to testify, holding that his testimony would be based on "leaks and "an unsourced manuscript." That he would be testifying under oath, rather than simply writing stuff in a book, would seem to go a long way to "substantiate" his description of various conversations directly with the President didn't seem to enter into Cippolone's thinking (or if it did, he kept it well-buried). Asserting a Trump-like internal contradiction is just another indication of how far Trump has gotten into his defense team's heads.

4. When Abraham Lincoln was a rural lawyer in Illinois, one day he had two different cases to argue before the circuit-riding judge (and in those days those folks really rode, on horseback). For the morning case he raised a particular interpretation of a given Constitutional provision in the defense of his client. For the afternoon case he used precisely the opposite interpretation of the same Constitutional provision in defense of that client. "But Mr. Lincoln," the judge said, "how could you use one interpretation in the morning, then a completely opposite one in the afternoon?" "This morning, your honor," Mr. Lincoln replied, "I was wrong."

So Alan Dershowitz --- a fine criminal defense attorney, I'm sure, a Constitutional scholar not so much --- did his Lincoln impression. For the Clinton impeachment, he had argued that abuse of power, not a crime under the U.S. criminal code, was an impeachable offense. This time around he argued that it is not. Interestingly he noted that his interpretation now disagreed with that of the majority of Constitutional scholars who have weighed in on the case. Why had he changed his position? He allowed that he had done a great deal of research on the matter, especially in "dusty law books." Several observers have said words to the effect of "What? You didn't do that kind of research the first time around?" 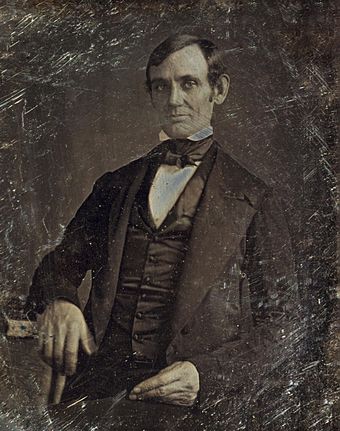 Abraham Lincoln by Nicholas Shepherd, 1846. This is around the time when that incident would have occurred.
(Image by (From Wikimedia) Attributed to Nicholas H. Shepherd, based on the recollections of Gibson W. Harris, a law student in Lincoln's office fro, Author: See Source)   Details   Source   DMCA

5. Then we come to Ken Starr. At least two observers have said words to the effect of when he made a big case about how impeachment is bad for the nation, did Ken Starr know that it was Ken Starr up there? Perhaps there are two Ken Starrs, for the current one is rather heavier than the one who prosecuted (literally) the Clinton impeachment, over a sex scandal, but who himself was later effectively fired as President of Baylor University --- over a sex scandal involving football players.

Also, it was Starr who, as then Special Counsel, illegally set the perjury trap that Clinton walked into in the Paula Jones sexual harassment trial. Before he was appointed Special Counsel, Starr had worked in the Chicago law firm which was representing Jones against Clinton. As that trial was proceeding, Starr had privately heard about the Lewinsky-Clinton affair before the matter became public. He then transmitted that information, against the law controlling special counsels, to Jones' lawyers. The trap was thus set, and Clinton walked right into it.

Steven Jonas, MD, MPH, MS is a Professor Emeritus of Preventive Medicine at StonyBrookMedicine (NY) and author/co-author/editor/co-editor of over 35 books. In addition to his position on OpEdNews as a "Trusted Author," he is a Senior Editor, (more...)
Related Topic(s): History; Impeachment; Impeachment Hearing; Impeachment Trial; Investigation; Scandal; Senate; Trump, Add Tags
Add to My Group(s)
Go To Commenting
The views expressed herein are the sole responsibility of the author and do not necessarily reflect those of this website or its editors.