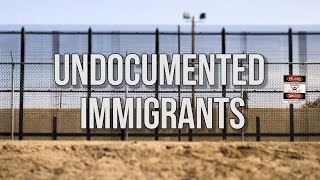 Make no mistake: Donald Trump and Jeff Sessions' assault on immigrant families and their "tactic" of separating parents from their children are right out of the Nazi playbook.

It's no accident US immigrations officials are telling parents they're taking kids to "bathe," then making them disappear ... and then telling their parents they will never see them again.

This ghoulish reminder of Auschwitz shames us all. It should also terrify us. And make us ACT!

However removed we may think we are, WE are next, and so are our children.

This regime loves torture and dictatorship, and aspires to both.

Thugs like these have nothing of value to offer, so they rule with hate, fear, and scapegoating.

Many of these families are coming to our borders legally seeking asylum. Some families under assault are not even immigrants, they are merely of Hispanic origin or appearance.

There's no immigrant "crisis" in the United States any more than there was a "Jewish Question" in Hitler's Germany.

Hitler needed an object of hate to become absolute ruler. Jews comprised 1% of the German population. They were handy.

But however much hate and terror this regime needs to generate, Trump will do it.

Like Adolph, Donald can't rule without making America hate again. Immigrants and Muslims are where he started. Hispanics, blacks, Iranians, Asians, "globalists," not to mention gays, Jehovah's Witnesses, people with disabilities ... it's all the same.

The regime's real need is to hide its complete inability to govern. And to divide and distract the population.

Related Topic(s): Arrest; Children; Compassion; Hitler; Immigrants; Jew Bashing; Muslims; Trump Cruelty, Add Tags
Add to My Group(s)
Go To Commenting
The views expressed herein are the sole responsibility of the author and do not necessarily reflect those of this website or its editors.