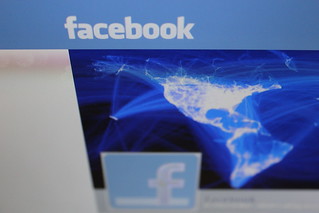 Many people were rightly disturbed earlier this week when Gizmodo revealed that Facebook employees allegedly suppressed conservative news stories on the whim of their employer's political leanings. As alarming as that story is, a new congressional investigation into Facebook for those editorial choices is arguably worse.

Gizmodo's Michael Nunez provoked a firestorm of criticism towards Facebook on Monday when he reported that a former Facebook staffer accused its news team of refusing to include conservative news outlets like Breitbart and RedState in its influential "trending news" section on the front page -- which generates huge traffic for those outlets included. Even if you despise the likes of Breitbart and RedState, the idea of such a dominant corporation controlling what you do and don't see online should alarm people of all political persuasions.

But now Republicans on the Senate commerce committee have opened an inquiry into Facebook's editorial decisions, which encroaches on the first amendment in a way that represents a clear and present danger to their free speech.

There is no question that Facebook's unprecedented power over the distribution of news is increasingly disturbing. According to a recent study of major news publishers, Facebook now accounts for over 40% of all traffic that comes to news sites. Facebook is now pushing news organizations to publish directly onto its platform by prioritizing traffic to those outlets who agree to its terms. And news organizations are regularly forced to spend large sums of money to reach Facebook users who already have "liked" a news organization page to actually see its content in their news feeds.

Facebook has the ability to cripple a news organization with one click or a single change to its algorithm. When they launched their instant articles feature a few years ago, news organizations saw a firehose of traffic, and then just as quickly, Facebook cut the service off, reducing that traffic to close to zero. Recently, they demonstrated their power by inexplicably deleting a page owned by a popular celebrity news site that had over four millions "likes," decimating its readership in almost an instant (Facebook later claimed it was because of copyright violations).

If Facebook so chooses, it could do the same to any news organization, and this has serious implications for the future of news in an era when the industry is already in decline. It's a situation that news organizations have to grapple with and the public should be fully conscious of.

Related Topic(s): Bias; Facebook; News Blackout, Add Tags
Add to My Group(s)
Go To Commenting
The views expressed herein are the sole responsibility of the author and do not necessarily reflect those of this website or its editors.