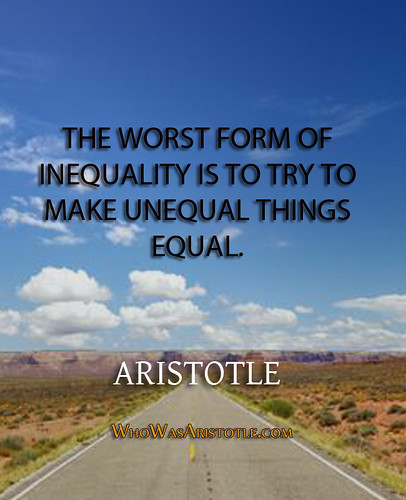 There is no science to predict devastating earthquakes in societies, though the symptoms that produce them are established and, in America, beyond dispute.

A general outline would include the fact that a few men own half our wealth and a majority have nothing; that U.S. economic hegemony is based on killing people and the biosphere by weapons and debt; that our political system, the toy of financial criminals, is inaccessible to citizens.

This butcher's list of engineered malignity should have crashed a polity so viciously corrupted but, since it hasn't, the explanation must be in the nature of its victims. The appalling capability of Americans to live simultaneously as abject slaves and complicit criminals in our putrefying Empire is baldly clear in three stunning recent examples.

The Empire has, by queer contortions, bullied its way into possible war with North Korea, Iran and Venezuela at the same time. This idiocy is supported by Americans -- as are ongoing murderous fund-raisers for the War Machine in Yemen, Syria and Ukraine -- despite their being on different continents, hemispheres and thousands of miles apart.

The Alabama government has decided, in its Snopesian coma, to elevate embryos to the status of personhood while canceling that of women. This indicates either the general imbecility of a populace steeped in hillbilly, Elmer Gantry hysteric cultery, or worshiping the dictatorship of a confederacy of misogynistic, patristic dunces. Or both...

The MSM, while stonewalling the malevolent, Constitution-shattering attack on a free press by U.S. lust to extradite and entomb Julian Assange for publishing truth about our rogue assassin state, has ballyhooed a ludicrous, ahistoric TV junk fable as high art, demonstrating how vacuous and addicted to bonehead trash Americans have become.

Separately or together, these burlesques of policy show the moral torpidity and pathetic inanimacy of a public that has been relentlessly lied to, cozened, infantilized, made stupid, and shorn of pride in itself by a Capitalist System that savages them with the same contempt it does all life. They've internalized it and now act as their own abusers.

The naive cry out for answers to our absurd paralysis, but there are none. Cassius said the fault is not in our stars but in ourselves that we are underlings. History is a tale of failed societies that lacked the will to save themselves, so our impotence is not unique. Perhaps then, given the vast catalog of our self-inflicted disasters, the question is not how we can be saved, but whether we should be.

Paul Edwards  is a writer and film-maker in Montana.

Related Topic(s): Hegemony; History; Idiocracy; Naive, Add Tags
Add to My Group(s)
Go To Commenting
The views expressed herein are the sole responsibility of the author and do not necessarily reflect those of this website or its editors.

Assange And The Empire