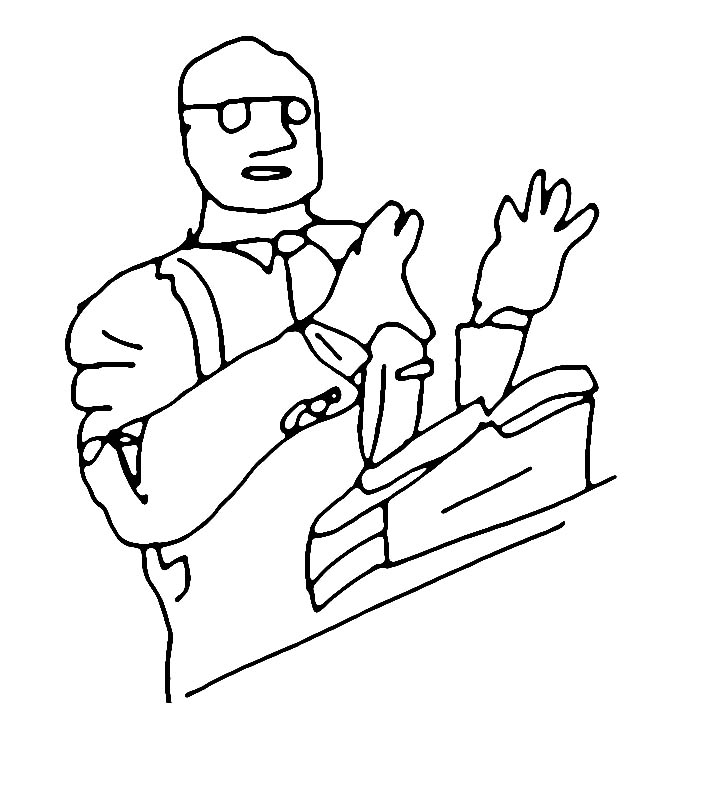 (Image by Martha Rosenberg)   Details   DMCA
In addition to not being able to take a joke (thanks to the woke times: see "microagression") most people cannot tell a joke. Halfway through the joke they get stage fright and panic that maybe it's not even funny or that they'll forget the punch line, wasting people's time.

Most of their problem stems from the fact that they believe in the joke police. The joke police are those humor enforcement operatives who swoop into the bar, restaurant or living room and say in their grimmest Clint Eastwood voice, "it was an Italian not an Irishman," and arrest you.

People who believe in the joke police don't realize that jokes are in the public domain like Paul Bunyan stories and "Row Row Row Your Boat." You can write them, change them and improvise them.

Of course there is a clear correlation between telling jokes and the use of adult beverages. For example, halfway through a second bottle of Chardonnay, an otherwise mirthless couple can suddenly get the comic ghost.

So begins a round of method acting (Wait! No! Yikes! This always happens!) always out of proportion to the joke to follow, especially if it's a pun.

(Amateur joke tellers take note. Puns never draw laughs; they draw groans because they rely on intellectual gymnastics rather than real humor. Avoid them. Similarly, question jokes-- What do the sunrise and the bottom of a coffee pot have in common? -- don't work because they coerce audience participation like knock knock jokes. Avoid those too.)

The calling card of people who secretly believe in the joke police is, after the laughter dies down, they say, "I heard a joke that was similar to that one except that it was a parrot."

A remark like that shows someone doesn't realize jokes, like legends and fables, are part of a "rich" (why is it always "rich"?) oral tradition which relies on improvisation. If you were at a party in Meridian, Mississippi and people began singing (when drunk) "Froggy Went A Woo'in" around three in the morning you would not say, "I heard a song that was similar to that up North except it went 'Froggy Went a Courtin'"? would you?

Woke times have produced another kind of joke police -- because everyone is offended. Take "dumb blond" jokes like "Why did the computer break?/A blond put Wite-Out on the screen." "What does the blond say after sex?/Who ARE you guys?"

You could not tell these jokes today even if you were a dumb blond. You might offend other dumb blonds.

A fat person could not tell a joke like "I can sell shade in the summer" because other fat people may be offended.

Between the joke police and the woke police the only safe verbal humor might be limericks. Unless, of course, the first line contains "Nantucket. "

Related Topic(s): Humor; Humor; Humorous; Joke; Jokes For All; Jokes Off Color; Police Humor; Unintentional Humor, Add Tags
Add to My Group(s)
Go To Commenting
The views expressed herein are the sole responsibility of the author and do not necessarily reflect those of this website or its editors.