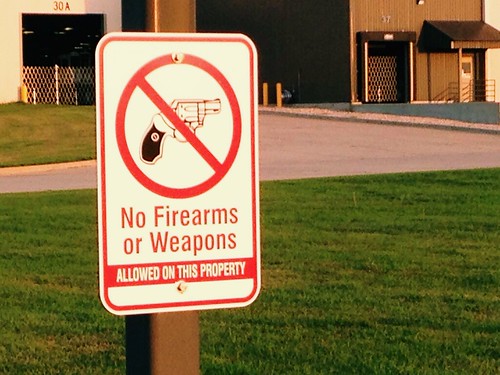 (Mr. Joseph has led the effort to pass two federal laws, the Country of Origin Labeling Act and the American Automobile Labeling Act)

Even though the vast majority of American people support gun control, the Senate will never provide 60 votes for gun control legislation. The only way to pass legislation in the U.S. Senate is through budget reconciliation. The Senate filibuster effectively requires a 60-vote super-majority for the passage of most legislation in the Senate, but budget reconciliation provides a process to prevent the use of the filibuster and thereby allow the passage of a bill with simple majority support in the Senate.

Reconciliation bills can be passed on spending, revenue and federal debt limit laws. In other words tax and spending bills only need 50 votes to pass the Senate.

Gun Control as a Budget Bill

Representative Carolyn Maloney (D, New York) and Senator Edward Markey (D, Massachusetts) have recently introduced the Gun Violence Prevention Research Act, a bill to fund a study by the Center for Disease Control on firearms safety and gun violence prevention. This bill has a price tag of $50 million that puts it in the budget reconciliation bill category. The Gun Violence Prevention bill should be a part of much larger, more comprehensive gun control-budget bill.

I propose a 500% tax on assault weapons. If we can't ban them, we can tax them to death. Two hundred and two years ago Supreme Court Chief Justice John Marshall in the landmark case of McCulloch v. Maryland wrote that, "the power to tax involves the power to destroy."

In addition to taxing weapons, the federal government can also appropriate billions of dollars to buy back assault weapons and fund an advertising campaign to encourage gun owners to give up their military-style weapons.

Congress can pass a law requiring that all gun purchasers, including those between private citizens, to pay for a background check. For example, the U.S. government could charge $50 for a background check, a fee for a service. We pay for driver's tests, why not charge for background checks? This revenue could be used for gun safety programs, or to fund the buy-back program for assault weapons.

Congress could also impose a stiff tax on bullets, doubling or tripling the cost of ammunition.

Related Topic(s): Budget; Guns; Senate; Senate; Taxes; Taxes; Violence; Weapons, Add Tags
Add to My Group(s)
Go To Commenting
The views expressed herein are the sole responsibility of the author and do not necessarily reflect those of this website or its editors.