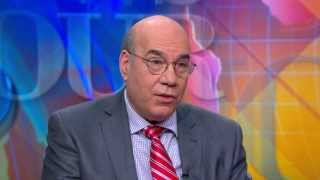 Jay Parini talks the 'spiritual journey' of writing book on Jesus Jay Parini, author of the new book .Jesus: The Human Face of God,. talks about how he came to write about Jesus while usually writing novels. He sat down ...
(Image by YouTube, Channel: PBS NewsHour)   Details   DMCA

(This was sent to me by Sean Kiernan in a Facebook group, America for Bernie Sanders Winning in 2020; It was written by Jay Parini, who teaches at Middlebury College, is the author of "The Way of Jesus: Living a Spiritual and Ethical Life." The views expressed in this commentary are his own.)

Thanksgiving celebrates when a migrant caravan immigrated to America to escape persecution and seek asylum, and Native Americans gave the undocumented immigrants the aid they needed to survive.

Native Americans did not:
1. Say, "America First."
2. Ask them for paperwork when arriving.
3. Call them illegals, invaders, criminals, rapists, drug mules, gangs, animals, and terrorists.
4. Complain about jobs, welfare, anchor babies, diseases, not speaking the language, demographic change, and who they might elect as leaders.
5. Tell them to go home, wait in line, or go somewhere else.
6. Ban them based on their religion.
7. Ban their families from immigrating.
8. Institute quotas and a merit-based system.
9. Build a border wall and demand they pay for it.
10. Send armed troops to the border to stop them.
11. Threaten to kill them if they throw rocks.
12. Put them in concentration camps.
13. Kidnap their children.
14. Put their children on trial without adult legal advice.
15. Deport them.
16. Attack and embargo their home countries, meddle in their governments, overthrow their governments, and fund, arm, and train military dictators, rebels, and terrorists.
17. Go on a shopping spree the next day.

Related Topic(s): Middlebury College; Native American Issues; Thanksgiving; Wampanoags And The First Thanksgiving, Add Tags
Add to My Group(s)
Go To Commenting
The views expressed herein are the sole responsibility of the author and do not necessarily reflect those of this website or its editors.