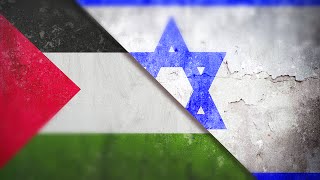 SO HOW THE HELL did it all start?

Last week I tried to describe the 1948 war, starting from the shooting at a Jewish bus on the morrow of the UN partition resolution. Some readers dispute the timing. They insist that the war started on May 15, on the morrow of the founding of the State of Israel, when the armies of the neighboring Arab states entered the country.

I have seen this many times. Every serious debate about the Israeli-Palestinian conflict raises the question: "When did it start?" Each side has its own date, proving that the other side started it.

The Arabs started it, the Zionists assert. The conflict started with the "invasion" of the Arab armies. ("Invasion" in quotation marks, since they entered the territories allotted by the UN to the Palestinian Arab state, though their declared aim was to crush the new Jewish state right at the beginning.)

The Jews started it, the Arabs assert. They began to drive the Arab population out, leading to the Naqba ("disaster").

The Arabs started it, reply the Zionists. Why did we have to evict the Arab population? It was because you shot at our villages after the UN resolution of November 29, 1947.

The Jews started it, retort the Arabs. It all started with that atrocious resolution. The UN, consisting at the time mainly of Western and Communist states, gave a country that did not belong to them to the Jews, who did not belong to it.

Yes, say the Jews, but it really started with the White Paper issued by the British in May, 1939, which in effect closed the doors of Palestine to the Jews just when the Nazis were planning the Holocaust.

We had no choice, interject the British. In 1936 the Arabs started a revolt in which Jews and our soldiers were killed all over the country.

But why did we have to do so? cry out the Arabs. Because masses of German Jews were coming to Palestine after 1933, when Adolf Hitler assumed power in Germany. We had to stop it, even by violent means, to prevent Palestine from turning into a Jewish country.

Really, retort the Jews, but you started it long before, in 1929, when you organized riots all over the country, killing lots of Jews.

We had no choice, assert the Arabs. The British government of Palestine favored the Zionists and allowed them to settle all over.

That was our right, say the Jews, enshrined in the Mandate conferred by the League of Nations on the British.

Who gave the League of Nations the right to confer a Mandate on anybody? ask the Arabs. The land belonged to its inhabitants, almost all of whom were Arabs. That's how it all started.

Related Topic(s): Conflict; History; Israeli-palestinian, Add Tags
Add to My Group(s)
Go To Commenting
The views expressed herein are the sole responsibility of the author and do not necessarily reflect those of this website or its editors.