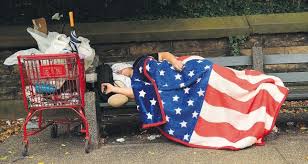 "A pope and a pimp went into St. Peter's to Pray." That's the way scripture scholar, John Dominic Crossan, conveys the shock that must have been felt by Jesus' audience when he opened today's familiar gospel parable with the words "A pharisee and a tax collector went up to the temple to pray." Even joining the words "Pharisee" and "tax collector" in the same sentence was like putting "pope" and "pimp" together. It jars the ear. And why would a pimp be praying at all? Why would a tax collector?

Despite its shocking overtones, homilists generally domesticate this parable to make it reinforce conventional wisdom about pride and humility. The Pharisee was proud, they say. The tax collector was humble. Be like the tax collector.

Crossan however says that there's something much more challenging and fundamental going on in this parable. The focus of Jesus' story is not pride vs. humility. It's about rejecting the Pharisee's conventional morality. The parable even calls us to scrap conventional wisdom about pride and humility.

More positively, the story is a summons to enter God's Kingdom by identifying with the poor and despised who are celebrated throughout today's liturgy of the word. The parable and its supporting readings also explain why the conventionally good simply cannot enter the Kingdom of God, which in Jesus' understanding is never about life after death, but a this-worldly reality where God is king instead of Caesar.

Please give a listen to the readings. You can find them here. My "translations" run as follows:

God' justice reverses
The world's preferential option
For the rich.
It is instead
Duly prejudiced
In favor of
The poor, oppressed,
The orphan, and the widow.
God listens to them
And affirms
Their rights
To speedy justice.

Yes, be thankful and glad
That God hears
The cry of the poor
The brokenhearted
And those whose spirits
Have been crushed
By oppressors
Whose names
Will soon
Be forgotten.

The apostle Paul was
One of the oppressed.
He kept faith
In God's justice
Even during
His rigged
Imperial trial
When his friends
Abandoned him.
Though exhausted
Like a long-distance runner
Or a gladiator
Before a lion,
He nonetheless
Felt God's presence
As his source
Of strength and courage
Enabling him
To proclaim
God's Kingdom
To everyone.

God's preferential
Option for the poor
Is the very message
Of Jesus, the Christ.
It can save the world.

Jesus' parable
Of the Pharisee and Tax Collector
Taught that
Self-justifying
Conventional morality
Is not pleasing to God -
Not even when supported
By long prayers,
Generous tithes,
Sexual purity,
And frequent fasting.
(Yes, the Pharisee
Did all of that!)
Instead,
Entrance into God's Kingdom
Requires nothing
But membership
In the group
Considered sinful
By us pharisees and
Our conventional morality.

To unpack those readings, first of all, think of the last one in terms of popes and pimps. Popes are generally respected people. They're religious leaders. Wherever they go, crowds flock around them just to get a glimpse, a blessing, or possibly even a smile or touch.

Related Topic(s): God; Jesus; Parable; Rich People; Sunday, Add Tags
Add to My Group(s)
Go To Commenting
The views expressed herein are the sole responsibility of the author and do not necessarily reflect those of this website or its editors.