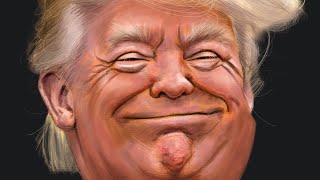 When Trump's not blaming foreigners for everything that ails America, he's blaming regulations.

Last week he even blamed regulations for the wildfires now ravaging California. They're "made so much worse," he tweeted, "by the bad environmental laws which aren't allowing massive amount[s] of readily available water to be properly utilized."

I have news for Trump. California's tough environmental laws are among America's (and the world's) last bulwarks against climate change. And it's climate change -- not regulation -- that's reaping havoc across California as well as much of the rest of the world.

Yet Trump is pushing in the opposite direction. He's now proposing to let cars pollute more and to strip California of its right to set higher air-quality rules.

It's not just the environment. Trump is also gutting regulations that protect consumers, workers, investors, students, and children.

The Trump regime is now contemplating a loophole through which companies can apply to use asbestos-- a known carcinogen banned by most developed countries -- in making adhesives, roofing material, floor tile, and other products.

What's the justification for all of this? "The Administration's agenda of deregulation is unleashing the ... true potential of American businesses," trumpets Trump's Council of Economic Advisers in its 2018 economic report.

Don't get me wrong. Some regulations should be eliminated because they're just too costly relative to the protections they provide.

But many regulations protect you and me from being harmed, fleeced, shafted, injured, or sickened by corporate products and services. And they're worth it.

Yet Trump is taking a meat axe to all regulations. In so doing he's creating a new form of trickle-down economics -- where the benefits go to corporate executives and major investors, while the costs and risks land on the rest of us.

Trump's Education Department under Betsy DeVos intends to repeal a regulation limiting the amount of debt students attending career programs at for-profit colleges can pile up. It has already stopped investigating for-profit colleges.

These moves will result in more profits for the for-profits. But they will leave many young people and their parents more vulnerable to fraud.