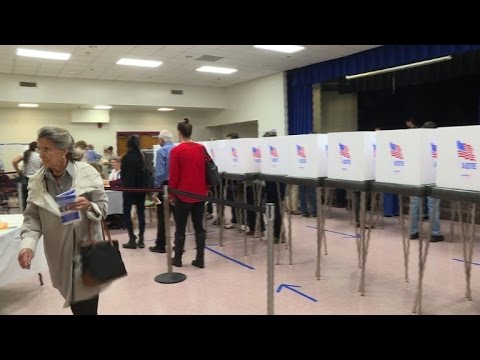 Voting is the most consequential way that ordinary Americans can exercise political clout. That is why partisan battles have gone on for decades over who can vote and how easy or complex voting is. This struggle continues today, even in a pandemic. This article is a guide to successfully voting this fall.

The 2020 general election is not just historic because of the stakes. The shift to voting from home with mailed-out ballots is unprecedented. Any new process can be confusing. But voting is a methodical process, even if some of the steps seem unnecessary or were designed to suppress participation.

This guide's advice comes after studying 2020's pandemic primaries to pinpoint trends and lessons for voting this fall. It encourages voters to get their credentials in order early, decide what's the best way for them to cast a ballot, make a plan and stick with it. In some states, the steps get detailed. But it is not hard to anticipate and overcome this moment's barriers. Your voice and vote can count.

The voting process has three stages. First is registration. Second is getting one's ballot. Third is voting and turning in the ballot. Focus on these steps one at a time -- as part of a plan.

August is the month to get your voter registration in order. September is when to apply for a mailed-out ballot or plan on voting in person. And October is when you would return that mailed-out ballot, or vote in person at one of your county's early voting sites. Of course, November 3, Election Day, also has in-person voting (in most states).

Whether these steps go smoothly depends on your state's rules and how local officials run the voting process. In early 2020, many states and metro areas were using new systems to check in voters and to cast ballots. Their debut led to some confusion and delays. Then the pandemic hit and sparked a bigger change: shifting to widespread voting via mailed-out ballots. The result was more new and unfamiliar steps for many voters and officials.

The good news is that millions of voters this year were determined to vote. Record numbers of voters used mailed-out ballots for the first time. But many people in metro areas also wanted to vote in person, which surprised officials who were struggling with poll worker shortages and last-minute poll closures. By late summer, officials running state primaries and runoffs seemed to be making adjustments to try to avoid the biggest mistakes from April, May and June.

As fall approaches, the landscape will vary from state to state. Some problems will recur, because presidential elections have higher turnout than primaries. The best strategy is to make a plan to vote but be prepared to pivot if something goes awry.

There's more than one way to vote and cast a ballot that counts. Let's review basics and then get to some important details.

The pandemic has not changed some rules, such as voter registration deadlines, voter ID requirements to get a ballot, early voting periods, etc. But local specifics, such as where polls will be located, or where mailed-out ballots can be dropped off, are in flux. These specifics will be publicized as they become known. Still, there's much voters can do now.

In general, county officials run America's elections. They are the best and most direct source of information about voting this fall. You want to deal with them. This guide will point to links where voters can find their latest information.

Every voter should have a plan. That plan starts with being registered to vote and ensuring that your registration information (name, address, signature) is current. Then comes a decision point. How do you want to cast your ballot? The options are by mail, in person at an early voting site, or in person on Election Day. Each choice has different considerations we'll go over.

Steven Rosenfeld  covers democracy issues for AlterNet. He is a longtime print and broadcast journalist and has reported for National Public Radio, Monitor Radio, Marketplace,  TomPaine.com  and many newspapers. (more...)
Related Topic(s): 2020 Elections; Country First; Vote Hope; Vote Suppression; Vote Your Conscience; Vote-by-mail; Voter Id; Voting, Add Tags
Add to My Group(s)
Go To Commenting
The views expressed herein are the sole responsibility of the author and do not necessarily reflect those of this website or its editors.