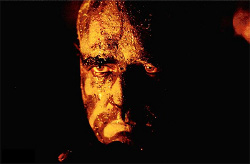 From a recent 188-page report by the World Health Organization come these ghastly and appalling factoids:


Joining those doctors in joblessness are 27.6% of the entire Greek labor force. By comparison, in the depths of the Great Depression, unemployment in the United States peaked at a lower percentage than that. Among Greek young adults under 25 years old, unemployment reached an abominable 64.9% in May. (Yet the unemployment rate in Greece was as low as 7% as recently as 2008.)

I'm sure that my Tea Party friends will blame universal healthcare, paid sick leave and "generous" unemployment benefits for this catastrophe. "If we simply stopped helping people, then they wouldn't need our help," they would say. You can see where that "logic" leads. The dead need no help whatsoever, except possibly burial. Sort of like this: "The Republican healthcare plan: Don't Get Sick. And if you do get sick, Die Quickly."]

Maybe you think that I'm kidding about what my Tea Party friends would do. I'm not. A few years ago here in Florida, we had a children's health insurance program called KidCare, with a waiting list of over 100,000. The Tea Party Republicans didn't like that. So they eliminated the waiting list.

So we cannot properly attribute the catastrophe in Greece to labor protection, nor can we attribute it to government borrowing. What is the cause, then? The World Health Organization has the answer: austerity. "Austerity" is a bloodless term for gross economic mismanagement, animated by heartlessness. That robotic cut-cut-cut mentality that deprives us of jobs, of public services, of safety, of health, of infrastructure, of help for the needy, and -- ultimately -- of our economic equilibrium and the ability to survive. The mentality that ushers in, and welcomes, a vicious war of all against all. Austerity is destroying an entire country, right before our eyes.

Or, as the World Health Organization put it: "These adverse trends in Greece pose a warning to other countries undergoing significant fiscal austerity, including Spain, Ireland and Italy. It also suggests that ways need to be found for cash-strapped governments to consolidate finances without undermining much-needed investments in health."

In America, we have a rich and powerful lobby that has the same prescription for every economic malady: austerity. Cut-cut-cut. Cut Social Security and Medicare. Cut teacher and police and firefighter jobs. Cut health care. Cut pay and cut pensions. It all boils down to that one ugly word: austerity. And austerity always brings disarray, disaster, decay and death.

Why am I telling you about Greece? In 1935, Sinclair Lewis wrote a book called "It Can't Happen Here." But it can. And it's up to us to prevent it.

Democratic Congressman from Florida's 8th congressional district.
Related Topic(s): Austerity; Austerity; Austerity; Debt; Government; Greece; Murder; Unemployment, Add Tags
Add to My Group(s)
Go To Commenting
The views expressed herein are the sole responsibility of the author and do not necessarily reflect those of this website or its editors.