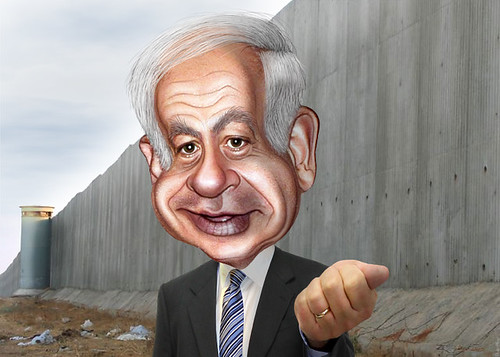 For six years the Joint List had served as a beacon of political hope. Not just for the large Palestinian minority in Israel it represented, but also for a global Palestinian audience disillusioned by years of infighting between Fatah and Hamas that has sidelined the national cause.

But last week, the Joint List's coalition of four Palestinian parties split asunder, weeks ahead of an Israeli general election that will focus on the fate of Prime Minister Benjamin Netanyahu.

The List's component parties, representing a fifth of the Israeli population, had found it impossible to set aside their long-running ideological and tactical differences.

The coalition that broke the mould of Palestinian politics has now broken apart itself, and, according to analysts, the toll is likely to be severe.

There are at least superficial parallels between the Joint List's breakup and the ongoing hostility between Fatah and Hamas. On one side, three largely secular parties - Hadash, Taal and Balad - have remained in the List, while the fourth, the United Arab List (UAL), a conservative Islamic party led by Mansour Abbas, is going it alone.

Once again, Israeli actors have played a decisive role in manipulating internal Palestinian divisions. Netanyahu has been widely credited with offering incentives to encourage Abbas to quit the Joint List and form a rival political coalition, one bolstered by the support of popular local politicians.

The rupture in the Joint List, Netanyahu appears to hope, will change the electoral maths in the Israeli parliament and help him foil his corruption trial.

And as Awad Abdelfattah, a former secretary-general of Balad, observed to Middle East Eye, Israel's four main Palestinian parties - like Fatah and Hamas in the occupied territories - have been unable to find a unifying vision of where Palestinian politics is heading next.

In an era when neither Washington, the Europeans or Arab states are showing the slightest interest in pushing for Palestinian statehood, the Joint List has found itself forced to concentrate on domestic issues. But those have proved far more divisive.

Victim of own success

The Joint List has in many ways been a victim of its own success.

It was born in early 2015 out of crisis. The Netanyahu government had passed legislation raising the electoral threshold specifically to prevent the four Palestinian parties in Israel's parliament, the Knesset, from winning seats individually.

Out of necessity, these very different factions, representing 1.8 million Palestinians with Israeli citizenship, were forced to sit together.

Until the arrival of the List, voter turnout among Palestinian citizens had been in terminal decline. The minority had grown ever-more disenchanted with an Israeli political scene over which its elected representatives had zero influence.

Related Topic(s): Benjamin Netanyahu; Israel Election; Middle East Conflict Israel Palestine Le; Netanyahu Indicted; President Mahmoud Abbas; Prime Minister Benjamin Netanyahu, Add Tags
Add to My Group(s)
Go To Commenting
The views expressed herein are the sole responsibility of the author and do not necessarily reflect those of this website or its editors.