Today's moral case for voting rights echoes the early 1960s. But this century's vote suppressors are technocrats, not mob-leading sheriffs. 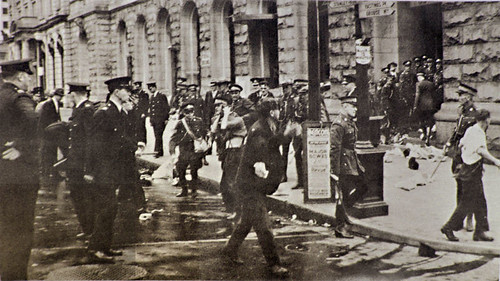 On March 25, the day President Joe Biden held his first press conference and called bids by Republican state legislators to complicate voting "un-American," Georgia's legislature passed, and its Republican governor signed, 2021's most aggressive rewrite of voting rules. That same day in Texas' state legislature, a hearing was abruptly halted on a bill with arguably even more obstructive and punitive provisions before the chairs of its Black and Mexican American legislative caucuses were allowed to participate.

The Texas bill's author and Texas House Elections Committee chair, Rep. Briscoe Cain, a Houston-area Republican, apparently made a procedural mistake -- the kind of technicality contained in his bill that would criminalize election officials, poll workers or neighbors who did not precisely follow the bill's new restrictions for absentee voting and its expanded rights for political party observers. The bill barred election officials from removing intentionally unruly partisans.

"This package of bills, along with many others being considered in the Texas House, could have the greatest impact on voting rights since the Jim Crow era," said Charlie Bonner, spokesman for MOVE Texas, a nonprofit championing voting rights for young adults, at a Zoom briefing after the hearing's halt. "Unlike Chair Cain, we don't seek to criminalize those simple mistakes that often happen and will put many people, particularly Black and Brown voters, in jail."

The interruption didn't stop the Texas bill. Another public hearing took place on April 1. As in Georgia and other battleground states -- Arizona, Florida, Michigan, Wisconsin, Pennsylvania -- bills to curtail voting options and add unnecessary bureaucracy for election officials are moving through statehouses. But their momentum is having an opposite effect in the nation's capital; it is underscoring a moral imperative and political will among almost all Democrats to pass history-making election and voting reform.

"It is an apocryphal moment, one of those like [before] the 1964 Civil Rights Act, one of those moments where you just feel the change gathering in Washington, in addition to analyzing it," said Norman Eisen, a longtime anti-corruption policy analyst who led a Brookings Institution briefing on Senate Bill 1 -- the Democrats' reform package -- on the day of its first hearing in late March.

Revising election laws after presidential cycles is not new. And it's not the first time each party has tried to do so where it holds legislative majorities. But the GOP push in state legislatures since January is outsized in volume and intensity. Very few of these proposals have been endorsed by the officials who administer elections, whether Democrat or Republican, said David Becker, executive director for the Center for Election Innovation and Research. (In 2020, the center disbursed $64 million in grants to these state officials from Mark Zuckerberg and Priscilla Chan.)

Most unwanted and meddlesome bills are coming from Republican state legislators who, along with some of their constituents, did not like the 2020 presidential election's result, Becker said. Meanwhile, the response from voting rights advocates and Democrats has been as strident.

Georgia's Democratic Party, like the Texas advocates, compared the pernicious aspects of its newest voting law, Senate Bill 202, to the Jim Crow era -- which began in the 1890s and lasted through the 1960s across the South. Under Jim Crow, the governing class, including that era's Democratic Party, unapologetically opposed empowering Black people, especially at the starting line for political representationvoter registration.

"This is a sad day for Georgia," said Congresswoman Nikema Williams, Georgia Democratic Party chair. "Senate Bill 202 -- the most flagrantly racist, partisan power grab of elections in modern Georgia history -- is a slap in the face to Georgia's civil rights legacy. After losing elections because more voters of color made their voices heard, [Gov.] Brian Kemp and the GOP are now trying to outright silence Georgia voters by making it harder to cast a ballot and letting partisan actors take over local elections."

The same point was made about the early Republican opposition to Senate Bill 1. The massive bill is a compendium of two dozen separate voting rights, election administration, campaign finance and ethics reform proposals dating to 2007. (Democrats would have to revise the Senate's filibuster rule -- ending debateto pass it. Not all Democrats are on board with that strategy.) In the bill's opening hearing in the Senate Rules Committee, several Republicans recited ex-President Trump's lies about widespread Democratic voter fraud and said S. 1 would sully the purity of the ballot.

"If we actually compare what some people [like Texas Sen. Ted Cruz] are saying in the Senate to what we heard six or seven decades ago, where we would see people aiming to block civil rights legislation, it is very reminiscent," said Rashawn Ray, a Brookings fellow and University of Maryland professor who has studied racial and social inequities, including police brutality. "When we really think about how it relates to the Jim Crow South, we can go back to the 1950s."

"What it means to be American" was at the heart of the Jim Crow era. For the ruling class, it meant white supremacy. As historian V.O. Key Jr. explained in his 1949 book based on hundreds of interviews, Southern Politics in State and Nation, these Southerners -- politicians, judges, police, businessmen, editorial writers -- did not want Black people to have power to make decisions affecting white people. Key called this effort a "disenfranchisement movement."

Related Topic(s): Banned; Congress; Democracy; Democrats; Discrimination; Republican; Rights; Segregation; South; Voting, Add Tags
Add to My Group(s)
Go To Commenting
The views expressed herein are the sole responsibility of the author and do not necessarily reflect those of this website or its editors.