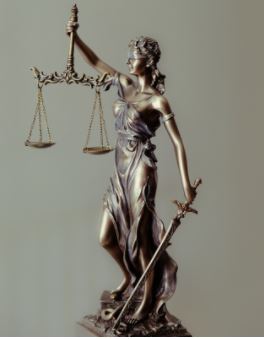 A basic tenet of our judicial system is that judges are supposed to remain impartial and rule based on an unbiased review of the facts. It is, therefore, concerning that the Metropolitan News-Enterprise was able to find several members of the judiciary who were willing to make their views about newly-elected District Attorney George Gascón public. This violates the Code of Judicial Ethics, which prohibits judges from making "any public comment about a pending or impending proceeding in any court." Inflicting further damage, they expressed these views anonymously casting suspicion upon every judge.

One of the judges interviewed went as far as to express the opinion that Gascón, who formerly served as the Police Chief and District Attorney in San Francisco, had left that city "in a societal crisis." This member of the judiciary then referenced the contributions to Gascón's campaign by George Soros and stated the District Attorney's policies "are based on the Soros strategy and objective to destabilize the United States city by city." It is terrifying to think that a judicial officer who is supposed to render impartial opinions cannot differentiate between differing opinions and a desire to destroy our country.

(Image by Mark Lutchman/James D Murphy)   Details   DMCA
The judge shares a view of George Soros with right-wing conspiracy theorists that portray Soros as "trying to undermine all of Western civilization." As a Jewish man who survived the Holocaust and went on to become a billionaire through investments and speculation, he conveniently fits the stereotype of Jews controlling the financial systems. His considerable philanthropy and support of left-wing causes are exaggerated in conspiracy theories so that he becomes "a puppet master who manipulates national events for malign purposes". To those who propagate these hate-based narratives, Soros is a central figure in imagined plots involving everything from allegations of voter fraud to the elimination of police forces.

Even in deep-blue Los Angeles, these anti-semitic narratives have taken root. Elected Northridge West Neighborhood Council (NWNC) board member Kathleen Edwards has put Soros at the center of efforts to hold City Council Member John Lee responsible for his role in a corruption-filled trip to Las Vegas with convicted felon Mitch Englander. Without any evidence, she has stated that Soros finances the West Valley People's Alliance, a volunteer organization that addresses issues like racial justice, housing and homelessness, the environment, and transportation. Edwards has also attacked a member of the community as being "Socialist George Soros funded", again without presenting any evidence.

The California Charter School Association (CCSA) also played to those harboring anti-Semitic viewpoints during their unsuccessful attempt to unseat LAUSD Board Member Scott Schmerelson. In mailings to voters, the lobbying arm of the charter-school industry attempted to portray Schmerelson, who is Jewish, of wanting to "get rich quick at the expense of our kids." Supported by a photo-shopped image of the board member holding a handful of cash and wearing a large dollar sign on a chain they blatantly lied about the board member tripling his pay when salaries are set by an independent commission. They also promoted a series of complaints to the Fair Political Practices Commission (FPPC) regarding stock trades even though they had been found to lack merit.

The fact that anti-Semitism has found its way into Los Angeles political life should not be surprising after four years of Donald Trump. Perhaps the single greatest achievement of his presidency is that bigots have become emboldened enough to step out of the shadows so that we now know who they are. Still, the fact this hatred is so prevalent in a deep-blue city like Los Angeles with a large Jewish population is terrifying. If residents in our city are living in fear that their houses of worship will be vandalized or that they will be one of the growing numbers who are victims of religious hate crimes, what is happening in red states where Jews are a small minority?

Trafficking in conspiracy theories about George Soros or portraying Jewish politicians as money-grubbing caricatures may seem trivial, but doing so normalizes bigotry and emboldens the more destructive and violent bigots who infect our society. This hatred must not be tolerated, especially from members of the judiciary, politicians, and educators of our children.
________________________________