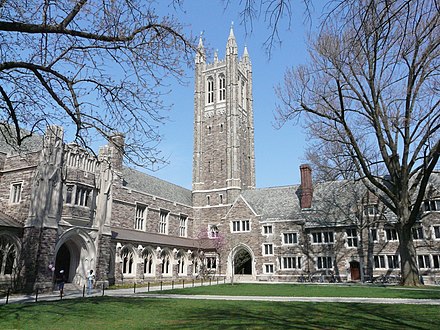 This morning I watched Amy Goodman interview Professor Rami Khouri of American University about the recent explosion in Beirut. He blamed it on the "the cumulative incompetence, corruption, lassitude, amateurism and uncaring attitude by successive Lebanese governments." Such a description aptly serves as a warning to the United States.

Our government is driving full speed into a similar legacy, one we may never overcome. Dr. Khouri courageously and frankly referred to Trump and his allies as having a "right-wing Christian fundamentalists pro-zionist settler colonial agenda." Such a declaration would not likely come from university leaders, nor would many professors publicly make such a statement. Whether for "policial correctness, or fear of retaliation, such timidity continues at our collective peril.

I propose that those in higher education ought no longer remain silent or "neutral." What is higher education doing to influence politicians and corporate boards to put the brakes on before it is too late, if this is not already the case. While powerful protests among citizens attempt to re-balance the world to rectify the current violence and existential threats, here and there some professors and administrators argue about whether it is politically correct or financially prudent to "decolonize" curriculum. Still, status quo teaching and policy continues despite vision statements about social/ecological justice and making the world a better place.

While there are a growing number of fascistic governmental heads around the world, the position of Trump in all of this must be recognized. For example, it is not a coincidence that one of the worst heads of state is Brazil's Bolsonaro, a huge fan and copycat of Trump. Both reveal narcissistic illiberal attitudes, for which Trump has no equals. Consider his recent interview about the passing of African American congressman John Lewis, considered by many to be a heroic figure of the stature of Martin Luther King, Jr.

"I don't know John Lewis. He chose not to come to my inauguration. ... I never met John Lewis actually, I don't believe," Trump said. "I find a lot of people impressive. I find many people not impressive," Trump said. "He didn't come to my inauguration. He didn't come to my State of the Union speeches. And that's OK, that's his right. And again, nobody has done more for Black Americans than I have. He should've come. I think he made a big mistake.

Ironically, in spite of his narcissistic ignorance, Trump may know about the potential power of universities over the universities themselves. Last March, depicting college campuses as "hotbeds of liberal indoctrination, censorship and coercion," he signed an executive order that uses a commonly cherished principle of free speech to prioritize his agenda. Trump's words make it clear that the executive order is all about protecting one kind of speaker -- those toward the right side of the political spectrum. He said he was "delivering a clear message to the professors and power structures trying to suppress dissent and keep young Americans " from challenging rigid far-left ideology." Keep in mind that a year after this executive order, Trump signed another one in May of this year, an executive order giving large Internet providers broad legal immunity over content posted by their users.

Unfortunately, Trump's tactics seem to be achieving his goals. The real free speech crisis is more and more professors being disciplined for their "liberal" views. Such individuals are often afraid to use university email to express their positions. These problems are being replicated in media beyond universities, with liberal journalists being targeted or censored.

Our universities are on trial now. Our toleration of anti-nature and anti-diversity is supporting the creation of an Orwellian world right before our eyes. While the Republican senate becomes "the most dangerous organization on Earth" the Democrats, except for some on the fringe, are without spine or are upholding the values of financial supporters interested only in personal wealth and power. Meanwhile, universities continue to mostly status-quo curricula and instructional approaches designed to share faculty "expertise" in behalf of student careers (and student income).

Universities are in the business of critique. We maintain egalitarianism, justice, and ecological sustainability by exposing harmful policies with research, persuasive argument. I am all for hearing right-wing perspectives in the university. My book, Differing Worldviews in Higher Education: Two Scholars Argue Cooperatively About Justice Education, demonstrates this. Disagreeing with almost everything Walter Block has written, I invited him to co-author the book with me. A well-published economics professor at Loyola, the effort to truly understand one another's position with scholarly research, not vitriolic debate, led to us becoming friends. We found some common ground among our many continuing differences. We still talk, and we are both better for the experience, as are the book's readers, whether on the right and the left. Granted, not everyone agrees with such collaboration. I gave the book to Alice Walker as a gift and, after briefly scanning it, she threw it in the wastebasket and exclaimed, "You are in bed with the devil." I disagree, however. As long academics engage in dedicated research and respectful argumentation, and non-violent protests are allowed for university students opposing one side, I invite such dialogue.

Wahinkpe Topa (Four Arrows) is a professor at Fielding Graduate University. Former Director of Education at Oglala Lakota College, he is a made-relative of the Oglala and a Sun Dancer. Selected by AERO for their text Turning Points as one of 27 (more...)
Related Topic(s): Education; Higher Education, Add Tags
Add to My Group(s)
Go To Commenting
The views expressed herein are the sole responsibility of the author and do not necessarily reflect those of this website or its editors.