This is a bait-and-switch to divert attention from more troublesome issues. 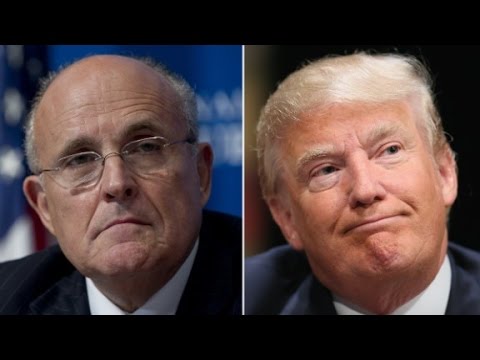 The professional election law world is aghast that President Trump's latest attorney, Rudy Giuliani, told Fox News that Trump reimbursed his legal fixer, Michael Cohen, for the $130,000 payment that Cohen made to silence Stormy Daniels about their alleged affair just before the 2016 election.

Giuliani's admission, which was confirmed by Trump in a tweet, has prompted media outlets like the New York Times to report that Trump was caught in another lie, and that the president and Cohen could be fined by the Federal Election Commission for breaking laws intended to inform voters about their candidates for high office.

"Trump's admission that he later repaid Cohen for the hush money destroys any argument Cohen could have made that the payment was out of his own money as an independent expenditure," Trevor Potter, president of the Washington-based Campaign Legal Center, a former Republican FEC member and Stephen Colbert's favorite go-to guy for explaining election laws, said Thursday.

"This is a reminder of why disclosure and reporting laws are on the books in the first place: if these transactions were properly reported by the Trump campaign in October 2016, it would have triggered public attention to the issue, and would have given voters relevant information that could be factored into their decision-making," Potter continued. "It is important for the FEC to take this matter seriously and open an investigation."

But urging the FEC to act is akin to using a water pistol to put out a forest fire. The body has been hobbled by partisan gridlock and unfilled appointments and has had little impact of the rough and tumble of campaigns in recent years. You can bet that Giuliani knows this and what is really going on is a deliberate attempt to divert attention from the escalating Mueller probe of the Trump campaign's collusion with Russia to the yawn-inducing world of campaign finance oversight.

Potter, of course, is completely correct that campaign finance laws are intended to help the public understand who they are voting for and to prevent political corruption. He said on Thursday that Trump, via Giuliani, has now put himself squarely in the sights of federal campaign regulators who will likely end up fining him.

"With this latest explanation, President Trump finds himself between something of a rock and a hard place," Potter explained. "If this payment was a $460,000 loan from Michael Cohen, as Rudy Giuliani claimed, Trump was required to disclose it in the financial disclosure report that he filed in June 2017 with the Office of Government Ethics. The law required him to disclose any loan that was greater than $10,000 at any time during 2016 or the first half of 2017. He didn't disclose it and, if the omission was intentional, he could be subject to civil or criminal penalties."

So why are Giuliani and Trump positioning themselves for an FEC investigation and fine? Apart from diverting the news away from the Mueller investigation, Trump can tweet a big "so what," because, as it turns out, other campaigns -- including Barack Obama's 2008 effort -- violated FEC rules and faced big six-figure fines.

"President Obama's 2008 presidential campaign has been fined $375,000 by the Federal Election Commission, one of the largest fines levied against a presidential campaign," USA Today reported in January 2013. "The fines are related to missing reports for nearly 1,300 last-minute donations, totaling nearly $1.9 million. In the 20-day period before an election, candidates are required to file notices within 48 hours of receiving contributions of $1,000 or more."

It's not exactly news that the president is a serial liar, serial adulterer and is willing to pay to settle legal disputes. Regarding Giuliani's admission about reimbursing his fixer Cohen and Trump's tweet affirming it, take note of why it's a shrewd move for the president's legal team.

Not only can Trump say that Obama did something bad, muddying the waters he's in by raising false equivalencies. But as important, it took the FEC more than four years to fine Obama -- issuing that historic fine after the next presidential election was over. (In case anyone needs reminding, Obama was re-elected in 2012.)

Steven Rosenfeld  covers democracy issues for AlterNet. He is a longtime print and broadcast journalist and has reported for National Public Radio, Monitor Radio, Marketplace,  TomPaine.com  and many newspapers. (more...)
Related Topic(s): Bait-and-switch; Collusion; Gridlock; Investigation; Stormy Daniels; Trump Adultery; Trump Lawyers, Add Tags
Add to My Group(s)
Go To Commenting
The views expressed herein are the sole responsibility of the author and do not necessarily reflect those of this website or its editors.