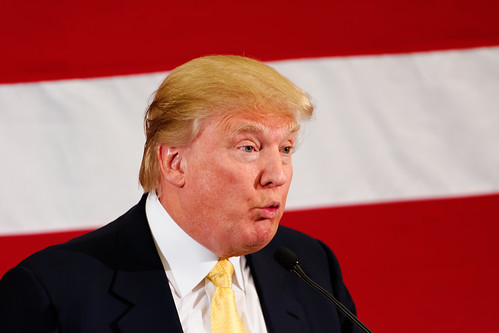 Duluth, Minnesota (OpEdNews) September 4, 2019: In Olivia Fox Cabane's 2012 book The Charisma Myth: How Anyone Can Master the Art and Science of Personal Magnetism (Portfolio/ Penguin), she says, "Until the 1980s, in fact, many highly influential leadership thinkers, such as Peter Drucker, vehemently opposed both the study and teaching of charisma. Drucker frequently pointed out that the most charismatic leaders of the last century were Hitler, Stalin, Mao, and Mussolini" (page 220).

Cabane says, "presence turns out to be the real core component of charisma, the foundation upon which all else is built" (pages 5-6). In my estimate, what she means by presence is essentially what the American psychotherapist Carl Rogers (1902-1987) means by unconditional positive regard the attitude he urges psychotherapists to have toward a client in the context of psychotherapy.

The other two dimensions that Cabane sees as basic for charisma are what she refers to as (1) power and (2) warmth (toward us personally, or at least toward our kind, whatever that may be). She says, "'Fight or flight?' is the power question. 'Friend or foe?' is the warmth question" (page 5).

According to her, leaders project the three crucial aspects of charisma: presence, power, and warmth, consciously or subconsciously (page 6). But she also says that "charisma is the result of specific nonverbal behaviors" (page 4). Consequently, she devotes a great deal of attention to body language and nonverbal communication. For example, she even devotes a chapter to "Charismatic Body Language" (pages 143-164).

Cabane says, "Charisma gets people to like you, trust, and want to be led by you" (page 2). In my estimate, she seems to presuppose that you know something about the people you want to have like you, trust you, and be led by you. But she does not explicitly discuss this presupposition perhaps because she assumes that it is implied in the context of a given business organization.

Because her book is a self-help book for leaders in business organizations, Cabane devotes a chapter to the technique of visualization: "Creating Charismatic Mental States" (pages 67-97).

Now, the late American Jungian theorist and psychotherapist Robert L. Moore (1942-2016) of the Chicago Theological Seminary worked out what he refers to as four kinds of archetypes of maturity in the human psyche:

(1) the Royal archetypes (King and Queen);

(2) the Warrior archetypes (masculine and feminine);

(3) the Magician archetypes (masculine and feminine);

(4) the Lover archetypes (masculine and feminine).

Related Topic(s): Charisma; Hitler; Mussolini; Stalin; Supporters; Trump; Trumpism, Add Tags
Add to My Group(s)
Go To Commenting
The views expressed herein are the sole responsibility of the author and do not necessarily reflect those of this website or its editors.