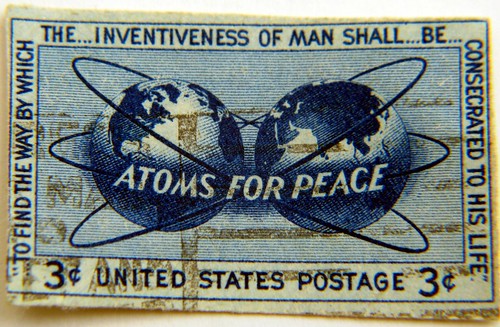 "Hypocrisy can afford to be magnificent in its promise, for never intending to go beyond promise costs nothing." - Edmund Burke

Joe Biden's statements on resuscitating the 2015 Joint Comprehensive Plan of Action (JCPOA) has also reignited an old debate inside Iran. With the Rouhani administration clearly siding with those pushing for unconditional return to the 'deal' signed with the U.S. and five other world powers, it is important to discuss what is at stake - specifically as it relates to medical isotopes and Iran's enrichment needs.

While the United States and its western 'allies' demand that Iran stop all enrichment of up to 20% for its research reactor and medical isotopes, the US government has continued its efforts to commercialize nuclear medicine.

In 2011, while the Obama administration was busy talking in secret with the 'reformist' groups attempting to influence and undermine Iran's rights under the Non-Proliferation Treaty (NPT), the U.S. Congress passed the "American Medical Isotopes Production Act of 2011". The Bill calls for providing uranium to private sector companies to make medical isotopes with U.S. government undertaking the task of waste removal: "The lease contracts shall provide for the Secretary to retain responsibility for the final disposition of radioactive waste created by the irradiation, processing, or purification of leased uranium." It is important to read the entire Bill here: E:BILLSS99.IS (govinfo.gov)

"a. The Commission may issue a license, or grant an amendment to an existing license, for the use in the United States of highly enriched uranium as a target for medical isotope production in a nuclear reactor, only if, in addition to any other requirement of this Act."

Clearly not a proliferation concern. America is the arbitrator of international treaties - it would seem with cooperation from other powers. But Iran's uranium enriched to 19.75% - considered to be LEU and necessary for research reactors and medicinal purposes - has to be halted.

Through National Nuclear Security Administration, the U.S. is monopolizing and handing control over global medical isotope production to profit-driven companies. Here is the statement published on NNSA's website:

Related Topic(s): Cancer; Health; International Criminal Court; International Humanitarian Law; International Treaty; Iran; Medicine; Public; Science, Add Tags
Add to My Group(s)
Go To Commenting
The views expressed herein are the sole responsibility of the author and do not necessarily reflect those of this website or its editors.