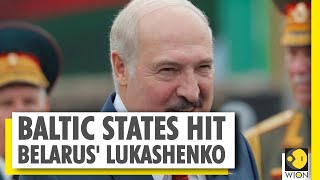 International law is clear and unequivocal. Nations may not interfere in the internal affairs of others except in self-defense if attacked.

They may not sanction other nations, what Security Council members alone may do legally.

Failure to uphold these principles are flagrant UN Charter breaches what the US, NATO, Israel, and their imperial partners do time and again with impunity, part of their war on humanity.

On Monday, their ruling regimes imposed illegal sanctions on Belarus.

President Lukashenko and other Belarusian officials were banned from entering their territory based on the phony accusation of rigging his reelection.

Separately, she criticized EU foreign ministers for not following through on their stated intention to "reflect more deeply on EU relations with Russia" by not discussing this issue among themselves, adding:

"It is obvious that the atmosphere of these relations in the foreseeable future will continue to be based on five principles, which have been formulated as the lowest common denominator of the EU countries' diverging positions and which many EU members regard as obsolete."

Instead of upholding their sovereign independence by acting in their own interest, they bow to imperial USA most often on issues regarding Russia, a reliable ally they fail to bond with.

Moscow is ready for constructive dialogue, "but only on an equal, mutually beneficial and non-discriminatory basis."

Related Topic(s): Belarus; Russia, Add Tags
Add to My Group(s)
Go To Commenting
The views expressed herein are the sole responsibility of the author and do not necessarily reflect those of this website or its editors.