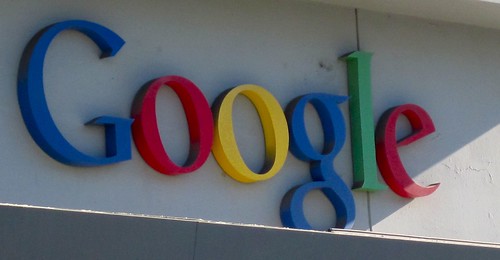 Published by INSURGE INTELLIGENCE, a participatory investigative journalism platform for Open Inquiry and coordinated action in service of people and planet.

I've reported for VICE, The Guardian, The Independent, and numerous other publications"---"-including my own crowdfunded investigative journalism platform INSURGE"---"-on the systems that enable rapacious power.

I've studied how these systems work to compound and consolidate a framework of human activity that is gradually destroying planetary life support systems.

And after over a decade and a half of this work, I've moved into an effort to build real alternatives to the status quo, like PRESSCOIN, a new cryptocurrency infrastructure for independent journalism and positive action.

Yet as I'm building these projects, I've come to a core realization, something that is perhaps familiar to some of us, but the reality of which is so deep-rooted and insidious, that I'm only seeing it, truly seeing it, right now.

And that realization is this: that the biggest opposition to the transformational change we need on the planet comes not from among the sources of power I traditionally investigate; not simply from the incumbency; not from the 'Deep State', 'Big Oil', 'Financial Elites', or other extractive industries; but from those amongst us who shout the clarion call for Change, who carry the banners of Resistance, who proudly wear the badges of Progress.

Earlier in November, I got a press release about a new project launched by liberal media exemplar Huffington Post, in partnership with MIT's Presencing Institute, on "transforming capitalism". The project announced that HuffPo would provide a radical journalism hub exploring ways to redesign the economy, looking into concepts like "circular economy" and other issues, while doing "online to offline" movement building to facilitate real action in relation to these solutions.

But as I read on, I experienced a sinking feeling.

The new HuffPo-MIT project is headed up by Dr Otto Scharmer, senior lecturer at MIT's Sloan School of Management and co-founder of MIT's Presencing Institute. Dr. Scharmer is a management guru who has written extensively on theories and practice relating to organisational change and leadership.

And despite some positives, Dr. Scharmer's grasp of the issues is confused, to say the least.

Scharmer rightly recognizes that there is a fundamental lack of joined up thinking in the approach to the multiple crises facing the planet. He calls for a more integrated response, and sets out his diagnosis of the problem in the destruction wrought by early phases of capitalism.

He commendably acknowledges the entrenched limits of conventional economic thinking, with its dependence on "a very small number of economic theorists and frameworks."

He asks pointedly, "" despite the millions of words devoted to [the economic crisis] by 'experts' on talk shows and in publications, what do we really know about its root causes?"

Dr Nafeez Ahmed is an investigative journalist, bestselling author and international security scholar. A former Guardian writer, he writes the 'System Shift' column for VICE's Motherboard, and is also a columnist for Middle East Eye. He is the winner of a 2015 Project Censored Award for Outstanding Investigative Journalism for his Guardian work.

Related Topic(s): Liberal Orgs Enabling Corporatists; Lying- Lies- Prevarication; Neoliberalism; Progressive Liberal Left; Progressive Problems, Add Tags
Add to My Group(s)
Go To Commenting
The views expressed herein are the sole responsibility of the author and do not necessarily reflect those of this website or its editors.

How the CIA made Google

The Great Unravelling: Tunisia, Egypt and the Protracted Collapse of the American Empire

Hitchens Has No Clothes: A Response to 'Vidal Loco'