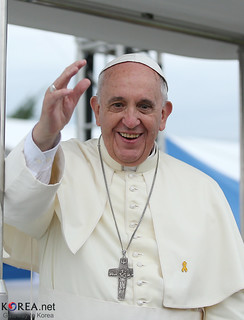 Abrupt climate change is a looming catastrophe, if not one already. Doomsday predictions can no longer be met with irony or disdain. The pace of consumption, waste and environmental change has stretched the Earth's capacity to such an extent that it can only cause more catastrophes as those that have already occured in different parts of the world. The effects of continued devastation can only be reduced by prompt and decisive action.

To avoid the inevitable catastrophes, humans need to make a massive effort to collectively halt and reverse the effects of greenhouse gas pollution. Though the challenges appear insurmountable, a greener Earth may be possible through societies that are renewable, egalitarian, cooperative, and plant-based, which would allow for the extensive reforestation necessary. Humans around the globe need to understand our dire state of affairs, to reflect on our accountability before those who will have to endure the dire consequences.

The situation is serious and it is a positive sign that the current Pope is trying to raise the climate alarm to his flock of 1.2 billion Catholics. Pope Francis's 183-page encyclical on the environment, Laudato Si (Praised Be), released on June 18, 2015, discusses the environmental crisis, the immorality of capitalism, and argues for economic and cultural equality. Not surprisingly, the Pontiff's 38,000-word document was immediately rejected by conservatives who characterized him as a socialist. But Pope Francis is no maverick. In 1971, Pope Paul VI discussed social inequality and the ecological crisis, and these two themes have remained central to the Vatican ever since.

What's new is the Pope's use of social media, and his 17-word tweet, "The Earth, our home, is beginning to look more and more like an immense pile of filth," was sent to 6.4 million followers, and re-tweeted 30,000 times. This tweet was included in more than 430,000 articles, and used in many headlines. While the Pontiff's use of social media is laudable, his discussion of equity and the poor is akin to the Queen of England talking about austerity while sitting on a gold throne.

With the Pope's focus on renewable energy as a solution, he neglects to mention the Church's own possible investments in fossil fuels, or the Church's carbon footprint. Further, the Vatican document does not acknowledge the significance of diet and personal choice among Church functionaries and its 1.2 billion members, who will continue to cause rapid warming if they do not change their over-consumption habits.

Some environmentalists and the church's faithful will argue that the publicity and 'good' parts of the document far outweigh its negative attributes. However, if the encyclical's purpose is to stop and reverse humans' catastrophic impact on the planet, then it falls way short of owning up to the church's own faults. In addition, the church's regressive reproductive polices and restrictions of female choice reinforces the inter-related population and environmental crisis caused by a rapidly growing middle class and their over-consumption.

The Hypocrisy of Wealth and Equity

Pope Francis's encyclical argues that there is a great need for developing a sense of values and social responsibility on the part of consumers. He states, "Purchasing is always a moral -- and not simply economic -- act" and that "the issue of environmental degradation challenges us to examine our lifestyle." However, the Pope's is deeply contradictory and omits the Church's own lack of values, lifestyle and culpability in capitalist exploitation.

For example, the American Catholic Church paid out more than $3 billion for sexual-abuse cases, and Church officials have not fully acknowledged their decades of abuse of children. A lot of the Church's own money is wasted and enormous assets are being hoarded, rather than being used to reduce the gross inequality he decries. Despite widespread charges of pedophilia, the Church remains widely popular and is far from broke.

Money flows in from individual Catholics, government grants, the church's own investments and corporate donors. The average American Catholic donates around $10 each week, which adds up to $850m weekly.

According to the Economist, the American Catholic Church is as rich as any large multinational corporation. In 2010, the American Catholic Church, which has the fourth largest follower base by country, behind Brazil, Mexico and the Philippines, spent $170bn on healthcare, schools and parishes. And, Catholic Charities USA distributed $4.7 billion to the poor, of which 62% came from local, state and federal government agencies. In comparison, in 2010, General Electric's revenue was $150 billion.

The Catholic Churches in Europe, Latin America and Africa are probably as wealthy as the American Catholic Church, and they all contribute to the Vatican. With its two thousand years of wealth, the Vatican admits that it even has hundreds of millions of Euros stashed off of its balance sheet. The Holy See has gold-laden palatial church property and priceless works of art by Michelangelo, Raphael and others. It owns a global network of churches and religious buildings, many of which contain precious historical treasures. The Vatican Bank manages $7.3bn of assets and over $1bn of equity it owns, and it keeps gold reserves worth over $20m with the US Federal Reserve.

In his encyclical, the Pope laments the weak responses to global inequality, but given its vast wealth and leverage, the Catholic Church could have done a lot more to address and alleviate global poverty, since Pope Paul VI began to champion the cause in 1971. The Church could have used a small part of its enormous net worth to pay for restitution and reparations for some of the damage caused to thousands of indigenous nations during the last 200 years, but it did not. So, the Church itself is part of the weak response.

Dr. Moses Seenarine completed an Ed.D in (more...)
Related Topic(s): Animals; Catholic; Climate; Dominion; Dominionism; Exploitation; Inequality; Misogyny; Nature; Patriarchy; (more...) Pope Francis, Add Tags  (less...)
Add to My Group(s)
Go To Commenting
The views expressed herein are the sole responsibility of the author and do not necessarily reflect those of this website or its editors.