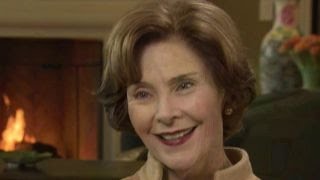 Today immigrant children are locked in cages under orders from the president of the United States, taken away from their loving parents under orders from America's commander in chief and forced to endure cruelty and trauma that must never be imposed against children who were created in the image of God, who loves them.

President Trump believes it is good politics to impose such cruelty against these children. Voters will render their verdict in November. Members of his party who support this injustice, or allow this cruelty to continue as a bargaining chip for a border wall, should be trembling with political fear.

Trump has now ordered a temporary halt to the family separation policy. It should be made permanent. Period.

Trump's abuse of these children is witnessed by a restive, troubled and committed citizenry that largely opposes this moral outrage.

His abuse of these children is witnessed by a troubled world whose most fervent believers in freedom and democracy ask what has gone wrong in our beacon of justice and light.

I dedicate this column to a beautiful little girl named Madison, who was brought into this world last year during the same month that Jesus was born, and to all girls and boys everywhere, including the immigrant children. They all depend on us, their elders, to protect them, guard them and give them the world that all children deserve to inherit when they grow up to pursue their dreams.

Several days ago, with some of the most profound and important words written since the election of Trump, former first lady Laura Bush wrote in The Washington Post of her opposition to Trump's policy of detention of immigrant children that separates them from their loving moms and dads.

Bush brilliantly and accurately compared this policy to the internment of Japanese-Americans during the World War II. She wrote, compellingly and accurately, of the psychological trauma and pain inflicted upon children who are detained in this manner. She concluded, with uncompromising integrity and devout patriotism, that this great moral crisis challenging America must end.

In recent days, one propagandist for Trump spoke on television of her Catholicism in defense of this policy. His attorney general has cited the Bible in support of this travesty. I never comment about the faith of others. I will comment here about mine.

When I was a young man I engaged in a long study about which faith I should adhere to. I learned two things in that life-changing endeavor. I learned that my true personal faith is Catholicism, though I freely confess my countless imperfections.

I also learned something that astonished and amazed me. Every great faith I studied -- Catholicism and Protestantism, Judaism and Islam, Buddhism and Confucianism -- taught some version of the golden rule. Do unto others as you would have them do unto you. Regarding the cruelty imposed against immigrant children that says it all, doesn't it?

God bless Laura Bush. God bless her morality, her integrity, her honor, her compassion, her decency and her patriotism for speaking out with clarity, honor and truth against this policy that must end.

It is profoundly revealing that Pope Francis, one of the great men of our century who has explicitly deplored this Trump policy, has made decency toward immigrants and refugees a defining cause throughout his life. Leaders of faiths across the spectrum of religious opinion, including some who have otherwise viewed Trump favorably, strongly condemn the family-dividing injustice committed against the immigrant children.

Sometimes in politics there are matters that truly involve good versus evil, right versus wrong, truth versus lies, which transcend politics and define the core meaning of being an American. This matter is one of them.

Related Topic(s): Catholicism; Children; Cruelty; Immigrants; Integrity; Laura Bush; Policy, Add Tags
Add to My Group(s)
Go To Commenting
The views expressed herein are the sole responsibility of the author and do not necessarily reflect those of this website or its editors.