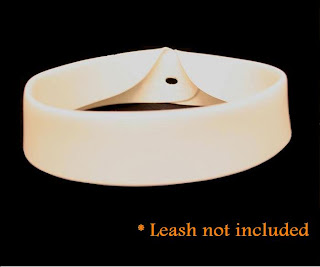 When did I get "The Call"? I don't know. The only call I ever really heeded in my life was the call my mother gave me when I was overdue in drying the dishes. "They aren't gonna dry themselves! And you aren't foolin' me by stayin' in the bathroom like that!" Of course, she didn't know that I was seriously cultivating a love affair with my body as well as avoiding housework.

Getting "The Call" always seemed to me to be the oddest of euphemisms: why did God have to "call" you to do anything? If He needed you to do something and had to tell you to do it, He wasn't very omnipotent. "The Call" is always posited as some kind of awakening akin to a bolt of lightening or a kick in the head. The way I figured it, when you realized that you wanted to help people on both a spiritual and physical level, that's when you got "The Call." So there were no sudden flashes of enlightenment or inspiration, no burst of deep feelings or concern for my neighbor's soul. No. To me, it was just the realization that it was the time I should help someone else, in some way, somewhere.

After writing about the ridiculous tyranny and fascism of today's Christian Right for the better part of seven years, the attendant realization came in the last several months: someone had to to take a stance against the hypocrites, liars, and bigots who were piling up, starting to look like vermin swarming over a piece of human flesh. In those months I saw countless men like "Bishop" Eddie Long abusing their power, righteous lobbyists like Tony Perkins and Bryan Fischer denying religion's role in teen suicides, one power-hungry but otherwise unimportant preacher holding an entire country hostage with threats to burn another religion's scriptures, and the Southern Poverty Law Center adding Christian Right-wing churches and organizations to their list of hate groups. I also saw how  the Christian Right is exporting hate in countries like Uganda and how a semi-literate storefront preacher named Steven Anderson received publicity by flaunting his ministry's "badge-of-honor" listing by the SPLC: "Well, then, if that makes us a hate group, then I guess we're a hate group."

So I decided to become an ordained minister. Oh, not just any minister, but one who could blast away at the Christian Right with an unrestrained passion, with a sense of irony, with a sense of purpose in exposing hypocrites whether clerical or lay, political or Machiavellian. A minister who could help save people from the clutches of obsessive proselytizing and provide a forum for open discussion of the spiritual. My ministry will consist of a forum for The Church Of The Inner Preacher, where people will come to form their own individual spirituality without proselytizing. In other words, they won't be bludgeoned with scripture.

And I found a vehicle with which to become ordained with the beliefs I hold dear to me and which I hope will pay respect to a higher power.

The vehicle is the online spiritual diploma mill, The Universal Life Church. Along with ordination, I am able to marry, baptize and even bury people in most states. It's legal. With my ordination I am able to command  as much blind respect as all Christian Right-wing ministers (probably more earned respect, once their cloak of hypocrisy is stripped away). The ULC's main precept for it's ordination recipients is "To Live and Help Live." It commands no more than that. It does not command me to bludgeon anyone else over the head with it; in other words, it doesn't demand proselytizing. It doesn't demand automatic respect. It doesn't demand the entertainment of its followers through rituals and homilies. It doesn't demand  to be the only precept, dogma, or religion.

"To Live and Help Live."

It seems so right to me: I believe we were put on this earth to survive as best as possible. We should make the most of our humanity, our human-ness, and help everyone else survive. Living up to one's human potential is at the pinnacle of praising man's creator. And lest the reader think that I'm espousing some kumbaya way of life, I think help can just as easily come from activism as it can from linking arms and singing songs of love and world peace. 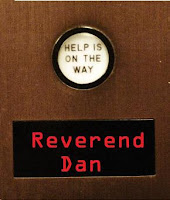 And activism may be the key to avoiding the dangers of today's sinister proselytism: extreme factions of the Christian Right are pressing hard against humanity, oppressing educators, demonizing societies and politicizing compassion. Today we are bombarded by people who are audacious enough to reconstruct the past in order to redirect our future, taking to heart Rick Warren's motto: "Whatever it takes." In a sense, we could be entering an age in which a new kind of forced conversion would take hold from an opiate blend of nationalism, politics and pseudo-theology.

Oh, as an educated gay man who's lived through America's Age of AIDS, some might scoff and say that I am too biased, too inclined to left-leaning, bleeding-heart liberalism. And their point? "And He so loved the world that He gave over His only begotten Son." Hypocrites. If people expect me to strive for balance and be more objective, I say striving for balance is not the issue, whereas exposing hypocrisy is, because only by exposing hypocrisy can we cut off the head of the beast.

But isn't it rather flippant of me to take on such a serious sobriquet as "Reverend"? Not necessarily. There are some "men of the cloth" whom I can best in a debate about theology and Christianity's history. I may not be a savant in terms of spouting chapter and verse, but my intent may be more honorable than theirs, for I too can use the title as a weapon...for good as well as evil. For example: how could someone like "Rev." Steven Anderson of Faithful Word Baptist Church air his hatred of homosexuals on national television, while someone who's studied more theology can't be heard to counter his blind stupidity? Answer: I didn't have the all-important "Rev." in front of my name.

Rev. Dan Vojir is has been writing/blogging on religion and politics for the better part of ten years. A former radio talk show host (Strictly Books " Talk America Radio Network) and book publisher, Dan has connected with some of the most (more...)
Related Topic(s): America Is A Christian Nation; American Hypocrisy; Christian_schmutz; Christianity; OpEdNews; Religion Unitarian Universalists; Reverend Dan; Rick Warren; Southern Poverty Law Center; Universal Life Church, Add Tags
Add to My Group(s)
Go To Commenting
The views expressed herein are the sole responsibility of the author and do not necessarily reflect those of this website or its editors.