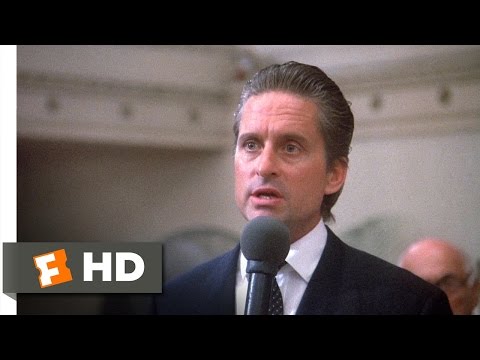 The heinous police murder of George Floyd on the streets of south Minneapolis the evening of Memorial Day, May, 25 2020, and police murder of Daunte Wright on the streets of Brooklyn Park, Minnesota are symptomatic of the virus, and the mask of our country's good intentions we have been forced to live behind for nearly 40 years. As of this writing, it has been 40 years, 3 months, and 18 days, that we have been subjected to living with the economic fraud and the horrors of injustice and inequality of supply-side, neo-liberal economic policy.

The recent history of racial killings, and mass killings, assaults and are of course despicable, but sadly are indicative of a soulless cultural malaise, caused by the bunkum and hypocrisy of supply-side economic theory and its advocacy since the Reagan administration beginning in 1981.

The corruption that brought us to this cancerous state of corporatism and fascism started with a memo by Republican activist Lewis Powell to the US Chamber of Commerce and the corporate millionaires that belonged to the Chamber. Powell urged them to become actively involved in politics. The goal of the Powell memo was to build a large corporate and billionaire funded ideological machine of right wing think tanks and tax exempt foundations that would capture and corrupt the US Government. Powell wanted to put an end to the wave of environmental and consumer protections brought about by the likes of Rachel Carson and Ralph Nader. The system that Powell advocated has today become a corrupt political and corporate oligarchy.

Powell, an attorney, was appointed to the Supreme Court by Nixon in 1972, and he unconscionably began to destroy our democracy by giving the rights of corporations to own politicians in the Buckley v. Valeo, ruling that political corporate contributions are considered "free speech." Prior to 1976, money paid to politicians by corporations was considered an act of criminal corruption. In 1978, in the First National Bank of Boston v. Bellotti, state restrictions on corporate political spending were overturned, saying incredulously, that such restrictions violated the First Amendment right of free speech.

The Federalist Society soon followed, which built a nationwide nexus of right wing jurists, attorneys, legal scholars and politicians that would bring about a new generation's un-democratic legal system that said corporate person-hood is real and money is speech, with the corrupt Supreme Court passage of Citizen United in 2010. This has brought us democratic fascism by the mob rule of the one percent of organized money over organized people, vastly increasing inequality and destroying lives.

Because of five corrupt right wing conservatives on the Supreme Court, overturning campaign finance laws dating back to 1908, that our Constitution, in Article III explicitly stated was under the regulation of Congress, our democracy has been cravenly undermined and transformed into an illicit program for soulless corporations to design a control grid over a free humanity.

The values that sustain our open society have been crushed by the virus of greed. What has been encouraged for far too long, has been an undisciplined form of self-interest, where winning is all that matters. This virus has slowly accreted into a culture that has banished the anxieties and complexities of moral choice, and embraced an infantile like hyper-masculinity that is promoted by ruthless corporate capitalism. Sadism has become become part of our culture, just as it is part of corporate culture. It runs its merciless current through our society via reality television, right-wing hate radio, right-wing trash talk programs, and is at the core of the manic compliant corporate collective. I

It is the mindlessness and soullessness of the powerful, that is the real immorality of our time, for with it, there is associated the organized irresponsibility, that is presently the most destructive of the national and worldwide system of corporate power.

The progressive public interest must focus on a return to equitable taxation, fairness and justice. In order to make real change and rid the cancerous virus of greed, we must take active roles in the progressive "new blue wave," and the "green new deal," standing up and telling the truth, demanding a rejection of the fraud of nearly 40 years of neo-liberal economics and return to a progressive proportional tax structure and an exchange of production that results in the good life for all.

Only then, will the life taken from George Floyd, Daunte Wright, and all the other innocent martyrs, victims of centuries old white racism, arrogance and hubris, ignorance and hate, not be in vain.

Related Topic(s): Corona Virus Updates; Corona Virus Victims; Coronavirus Task Force; Disinfectant And Covid Virus; Trump Coronavirus Response, Add Tags
Add to My Group(s)
Go To Commenting
The views expressed herein are the sole responsibility of the author and do not necessarily reflect those of this website or its editors.