Trump's whole "jobs" panel is made up of Wall Street banksters and corporate powers. 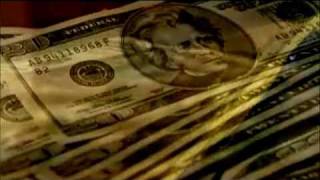 By golly, The Donald delivers.

Trump and his new blue-ribbon panel of working-class champions have announced a bold new initiative to create millions of American jobs. A spokesman for the panel, Steve Schwarzman, praised Trump as a leader who wants to "do things a lot better in our country, for all Americans."

Trump's whole "jobs" panel, it turns out, is made up of Wall Street banksters and corporate powers like Wal-Mart that are notorious for laying off and ripping off workers.

Trump-the-candidate fulminated against such moneyed elites, calling them "responsible for the economic decisions that have robbed our working class." But now, in a spectacular flip-flop, he's brought these robbers directly inside his presidency, asking them to be architects of his economic strategy.

Worse, he's doing this in the name of helping workers.

Hello! To develop policies beneficial to working stiffs, bring in some working stiffs! But there's not a single labor advocate on his policy council, in his cabinet, or anywhere near his White House.

Thus, the so-called "job-creation plan" announced by Trump and his corporate cohorts doesn't create any jobs, but calls instead for de-regulating Wall Street.

These flim-flammers actually want us rubes to believe that "freeing" banksters to return to casino-style speculation and consumer scams will give them more money to invest in American jobs.

Do they think we have sucker wrappers around our heads? Trump's scheme will let banks make a killing, but it doesn't require them to invest in jobs -- so they won't.

There's a name for this: fraud.

Related Topic(s): Banksters; Jobs; White House For Sale, Add Tags
Add to My Group(s)
Go To Commenting
The views expressed herein are the sole responsibility of the author and do not necessarily reflect those of this website or its editors.